Reanimate the past and destroy it,
give it a new life to achieve a new, more glorious, death:
at least because, with good peace to misanthropy, there is no saddest funeral than the one with no partecipants.

Since their scene overtaking thanks to the reissue of “Dark Space I”, “Dark Space II” and the more recent release of “Dark Space III”, we all had to accept the fact that -even them !- this band did a demo before their three cold black metal bombs: a two trackers recording, discretely left on web streaming for the hyper-curious only, there enshrined and downgraded by the title itself “Dark Space -I” 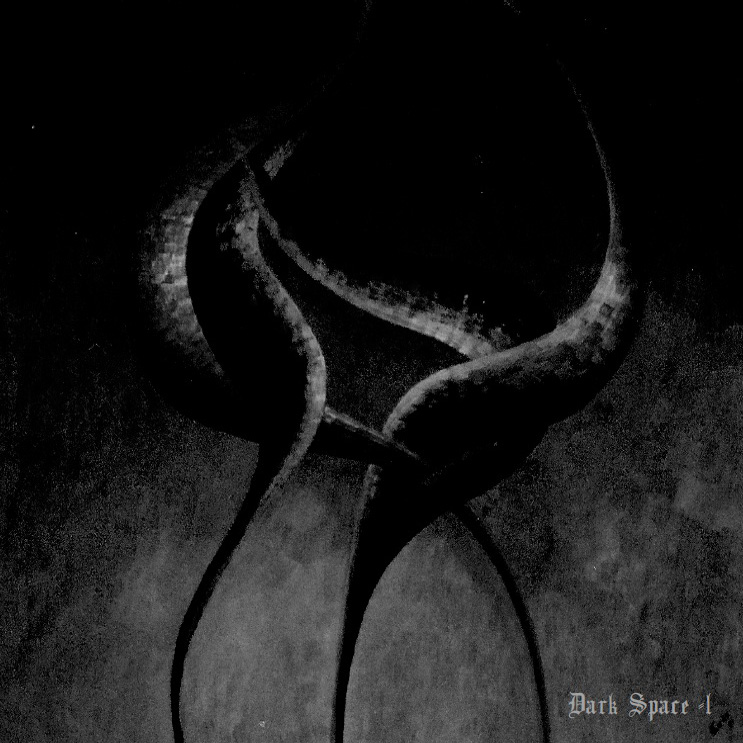 A minus as a point zero. Coherent with Darkspace philo-numerology and weird as many of their other non-explanations.

Spaced-out in their usual super busy thou invisible activities the three somber souls decided to finally give a release format to this recording, but not happy with the original form and given the terryfic evolution they faced (and we witnessed) since those early steps, they went the uneasiest way:
re-recording and mixing the thing from Alfa to Omega.

Sure they probably didnt know they were embarking in another obscure odissey, Per aspera sic itur ad astra, but the final result prooves they were right again.

“Dark Space -I” still consists of the two original compositions “Dark -1.-1” and “Dark -1.0” although in a 2010 revisited form, and will be released in vinyl shape only

So, have you heard the news ? “Darkspace on vinyl !”

it was written in the stars, they just didnt want to read it earlier

So now we told you why and what
For “the when” you will insist having a look over here, won’t you ?
And you should give a last spin to their tired server host, squeezing the two tracks in their old form before the new one will blow it all away
http://www.darkcyberspace.com/Dark-1.-1.mp3
http://www.darkcyberspace.com/Dark-1-0.mp3
(yes, these are the old recordings, what did you expect to download now !??!  Babylooooon !)