Strange story the one of Brighton’s OLD FOREST: formed way back in time (1998) and releasing almost immediately the debut album “Into the old forest” on Mordgrimm Records (the second incarnation of Uk’s glorious Cacophonous Records), but then again taking a rather and unnatural long hiatus until 2007.

An handful of eps and demos until their sophomore “None more black” got released on their own label and here we are now, with a release date set on the 2nd week of January for “Dagian“: the actual aural form of ùkobold’s  Old Forest.

Graced by an unusual (for black metal) front cover made by Richard Smythe,  an artist specialising in painting the Sussex countryside, the album features that drumming human-machine named Anders Kobro from In the Woods and Carpathian Forest (and a few more on the list!).

For the achives-maniacs, we should also mention that Kobold himself recently joined the reformed In the Woods and leads Ewigkeit, who had a certain fame in the late 90’s / early 2K’s by releasing even some albums with infamous Earache Records

The sound of Old Forest on Dagian is much more atmospheric than we used to know them for their previous albums’ grimness: the large use of keyboards, effects and weird voices give them a value-add in terms of mysticism although keeping the band into a conceptual rawness that still roots them into classic Black Metal, with the final result that (for all these reasons) reminds us of the most glorious episodes of Necromantia’s career, sharing with them a similar dominant role of Bass guitar! 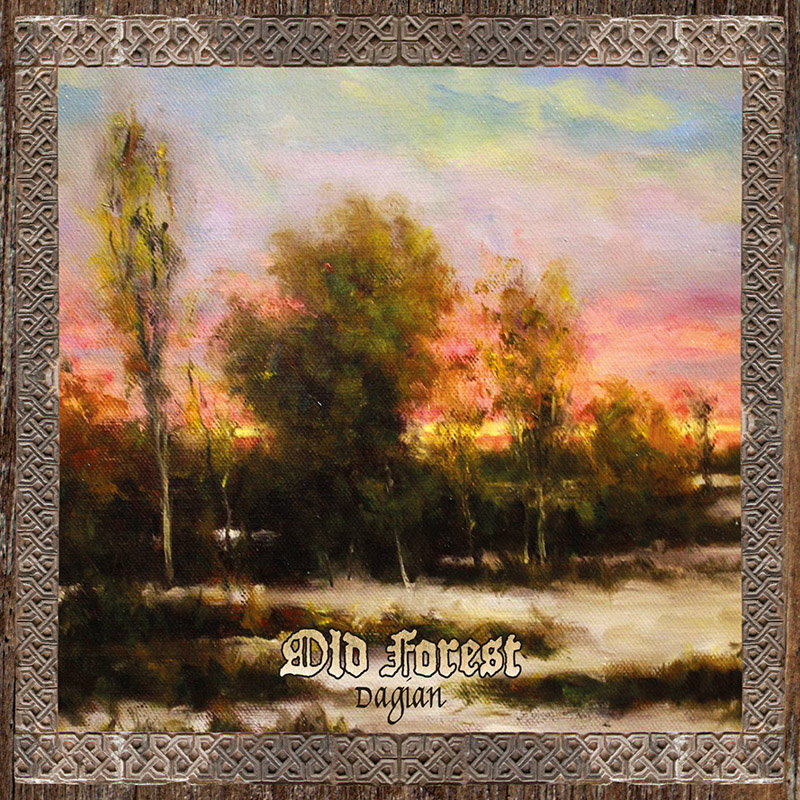