Most probably the last well kept secret in the field of DSBM, Sweden’s Ofdrykkja have signed to Avantgarde Music to release their “A life worth losing” album. The music was composed and recorded at various takes and times during these years after Apati’s disband. Although oftenly ripped by real-life’s bad events happening to their members, the recording is now in safe hands at the label’s HQ and we are working to give the release a proper and nice look (most likely an A5 digibook)

Autumn 2011. Drabbad (Lepra, Suicide) had spent two and a half years institutionalized, after a suicide attempt which ended up with him being clinically dead for several minutes. He was now getting himself ready to face the outside world once again.
Pessimisten, (Apati, there known as C9H13N) had recently disbanded his former band Apati, as a result of the death by overdose of one of the members. The two ended up with starting Ofdrykkja, and just a few months later, The Associate (Death under siege, Suicide) Arkomann and Bödeln joined them. The main valuation of Ofdrykkja is to reflect our view of our contemporaries which often can be quite tangled and complex. But we try to be honest with what we do and do not exaggerate or fictitious catch on with the DSBM culture of total negativity. Though we sometimes use extreme expressions (as a kind of visual art or authentic presentations). But those incidents that rarely happens and affects the members of the band are unfortunately parts of our lives. 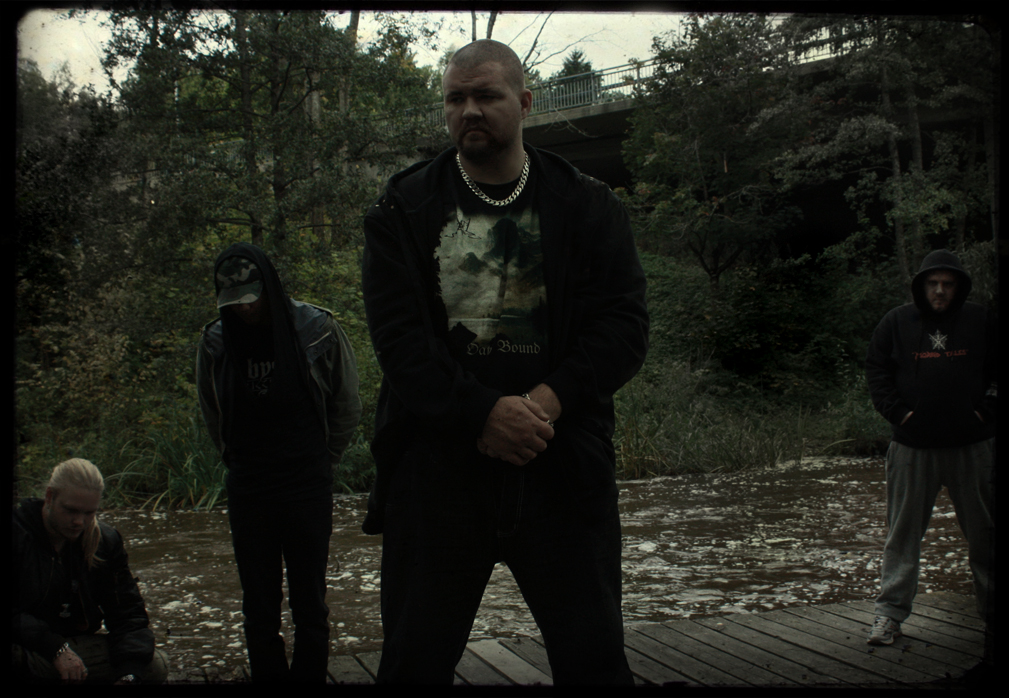