As they’ve always done throughout their career, Mesarthim dropped a new album and a following EP without notice in digital form, and as Avantgarde Music has always done, we’re about to render it justice with a CD and LP version for both. The Degenerate Era and Planet Nine EP were released via the band’s Bandcamp in August and will be out on CD and colored splatter LP November 20th (CDs a bit earlier, actually). They will be available for purchase both separately and in a bundle.

In case you’re a vinyl maniac, we will also be releasing Ghost Condensate, Mesarthim 2019 studio album, on limited colored LP for the first time ever. This will be included in the LP bundle too. 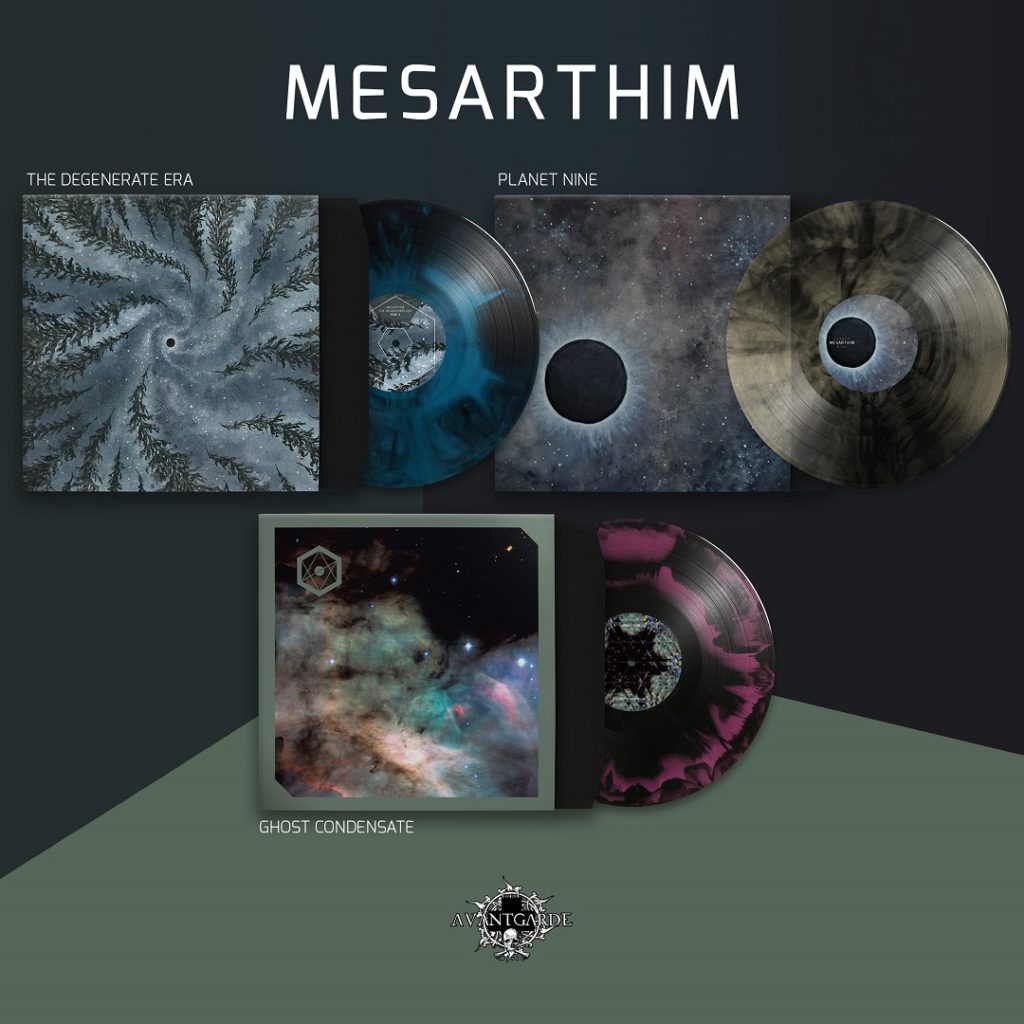