Abigor stated the news on their Facebook page. They said it so well we will paste the very same message.

ABIGOR released the first official demo. The original handcrafted „master covers“, which were made with cut-out photos and rub-letters before the use of computers, are still kept in the band´s vaults.

We are currently working on a tape box comprising of 7 cassettes, a onetime edition of all the demos in original form. No digital re-design was done, black tapes with silver screws are used exactly like back then, unmastered from the original source. This means, it will be another truly original print-run of these tapes as back in the 90s!

As horribly amateurish these „recordings“ are – usually a supermarket rate microphone hung from the ceiling and plugged directly into a 4track recorder, but some of these hissy cassettes captured a glimpse of the magic that was only present there and nowhere else again.

Apart from the 4 official demos and the first rehearsal with Silenius (recorded to prepare ourslves for the battle known as „Verwüstung“), it will also include the 1995 sideprojects initiated by PK, recorded with the support by TT, Protector and Silenius, GRABESMOND and DECEMBER FOG.

Avantgarde Music will release a strictly limited edition, but do not panic now!

There will be enough time to make preorders, news will be spread once sent to manufacturing. 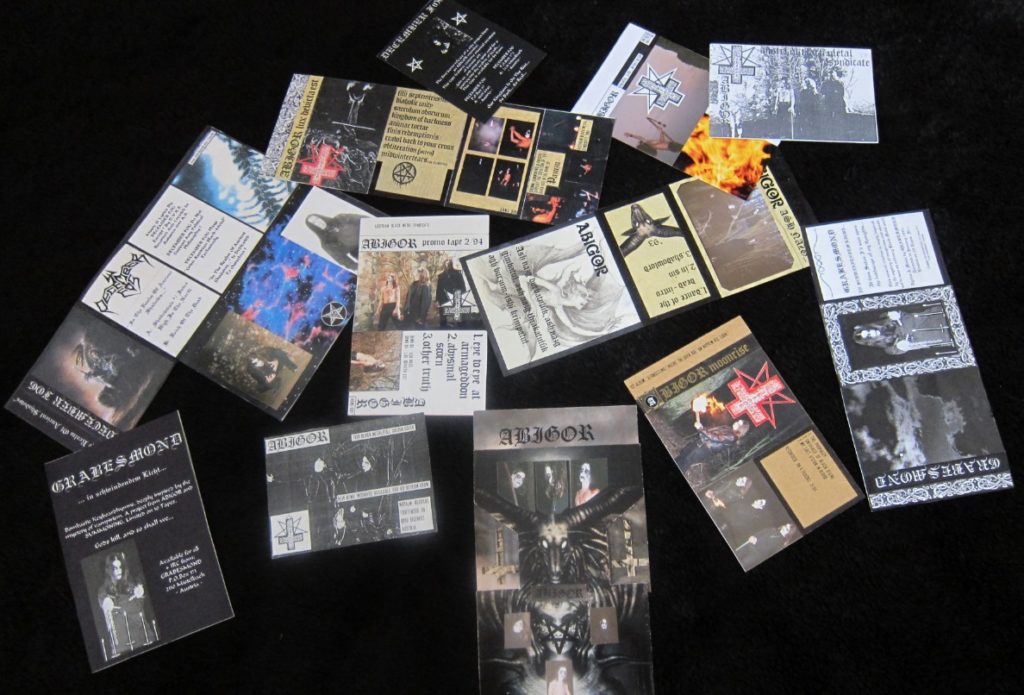