In the cosmic recesses of the New Continent a new abyssic invocation was arranged. The sixth full length opus of Battle Dagorath is now completed. A crushing, spectral atmospheric black metal soundscape that unlocks a visionary journey into the third eye, crafted into over seventy minutes of music.

Black Sorcerer Battle was asked to give his own interpretation of the new album he’s been working on since the completion of Frozen Light Of Eternal Darkness: “Abyss Horizons represents the unraveling of your unconscious ancient dreams, crossing the abyss into transcendental magic realms. Traversing the boundaries of this dimension, the shadows of transformation are now awakened to restore the illumination of the Great Darkness”.

BSB took care of every aspect of this new Battle Dagorath release, making it the precise design of a sole, visionary composer, shifting between the cosmos and pure abstraction. Abyss Horizons will be out by mid July on digi CD, regular 2LP and limited colored 2LP. 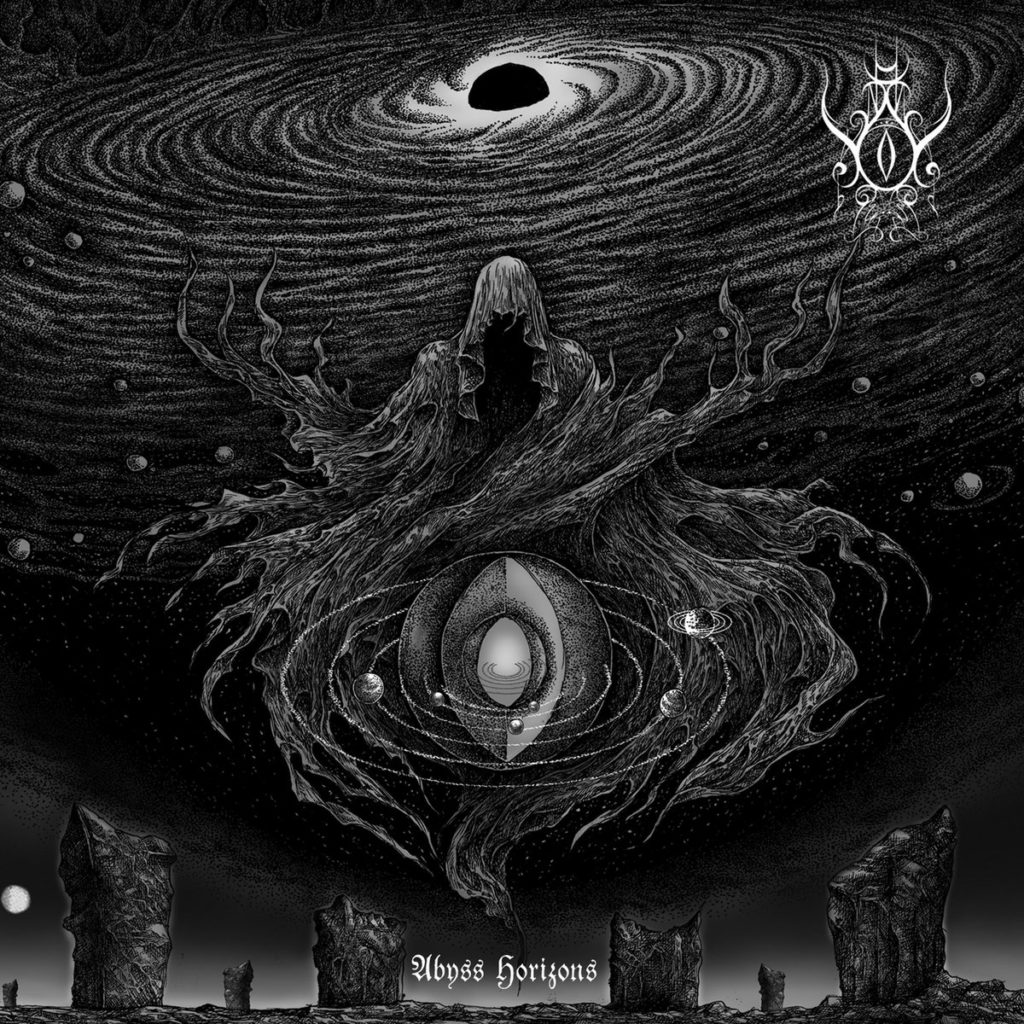