While the majority of his work is mostly unknown to public he’s worked with bands like Absu, Mayhem, Aura Noir, Zemial, Grave, Centinex, Demonical, Destroyer 666, Aura Noir, Hexvessel, Dark Budha Rising, Decripit Spectre, Vader, The Konsortium, Foscor, Valborg and many more. A few years ago Ulver started a fan contest for designing t-shirts. His design was one of the five chosen, and it’s the only one that immediately sold out on tour. Darkthrone put out a contest for a new album cover for their Ravishing Grimness – Costin’s cover won the contest again.

Today he does not compromise when it comes to what he lays his hands on anymore, and being true to himself is finally paying off. People are taking notice.

On October 29th his interactive exhibition Where Purgatory Ends was presented in Helsinki. A few days later Costin would fly with his canvases across the Atlantic, bringing his works in New York City, this being his first presence in the US. Over there, he got to meet guitar God Tony Iommi, who believe it or not was releasing his long awaited autobiography Iron Man in the same day and venue, his canvases hosting the event. Nine days later he would be back in Bucharest, his band being direct support for Venom’s first show ever in Romania. Shortly after he’d be in Portugal shooting Ava Inferi‘s second official video, The Living End (above)

We’re talking about a real metal fan with incredible talent and pretty much living the dream right now.

In 2011, with Where Purgatory Ends and Grishjärta, the Artist took his art to a much higher level and it’s what prompted this story and interview. And I must say, this is a very special piece for me, because his work resonate deeply with me for far too many reasons to mention here.

I am absolutely persuaded that Costin Chioreanu is today one of the most talented young visual artist associated with the underground metal scene. Enjoy!

Please pay some attention to this Where Purgatory Ends video teaser

As a last hour new and on top of it all, Costin was invited to be the official visual Artist behind Roadburn 2012: he will set the visual tone for the festival together with Voivod’s Michel Langevin! 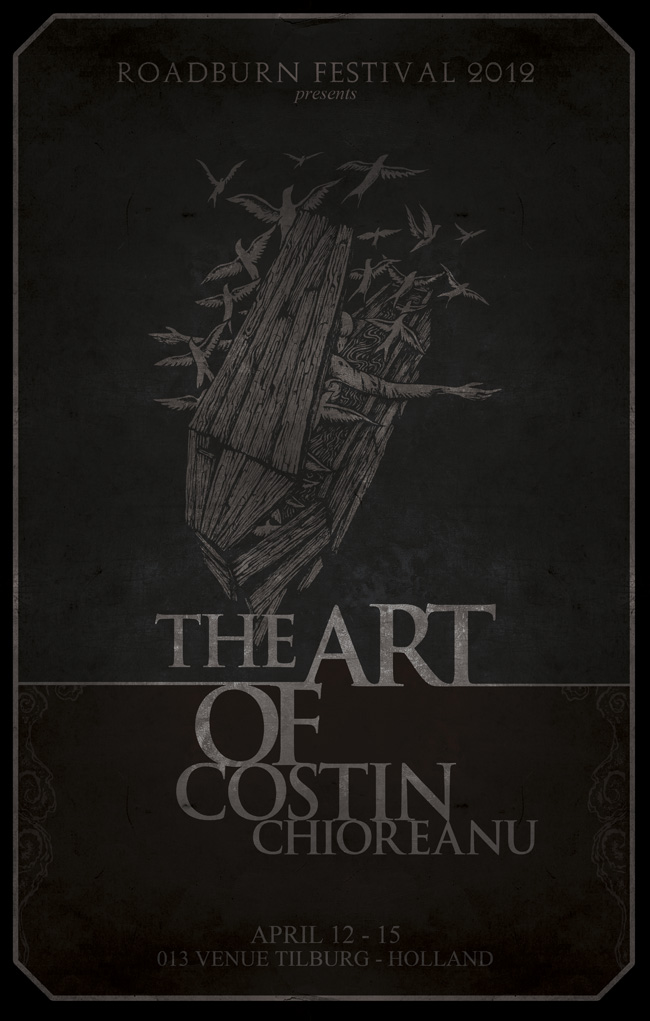