It took a very, very long time for Tiwanaku to be satisfied with their debut album. The prog death metal band, originally formed in 2003 by ex-Nocturnus guitarist Ed Mowery, in its long life featured musicians like Richard Christy (ex-Death), James Murphy (ex-Obituary, ex-Testament) and late Michael Estes (ex-Acheron) among the many. Now, no less than nineteen years later, Tiwanaku is ready to release their first studio album, Earth Base One, via Avantgarde Music / Unorthodox Emanations on November 4th.

The album will include contributions from many renowned musicians, from the aforementioned Michael Estes to Alex Webster (Cannibal Corpse), will feature a stunning artwork by Spanish art master Juanjo Castellano and was mastered for vinyl by Gabriele Gramaglia (Cosmic Putrefaction, Vertebra Atlantis).

While waiting for the full album to drop, you can have a taste of what Tiwanaku‘s debut sounds like streaming the first single “Visitor From Titan” on YouTube.

Earth Base One will be available on CD and black and colored LP. Preorders will open soon. 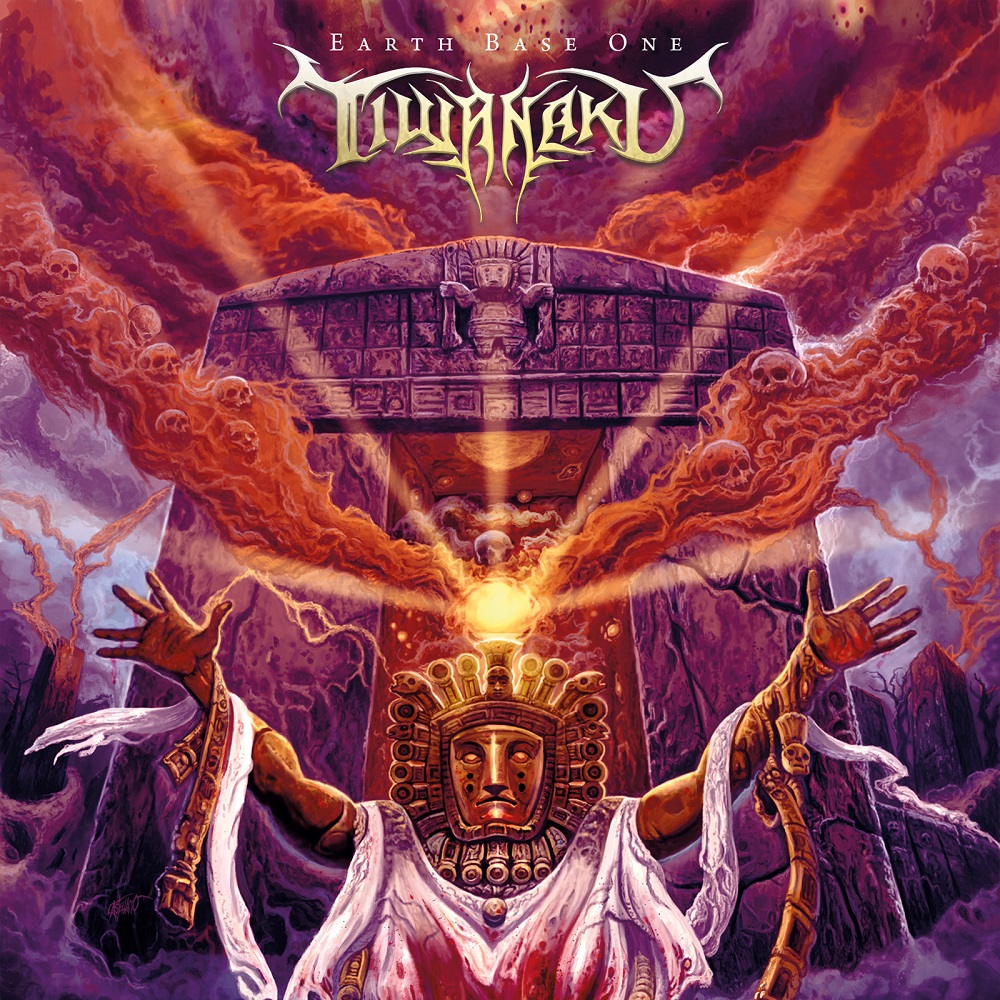