We are proud to announce an upcoming special release to mark ABIGOR´s 20th year of releasing Satanic Black Metal Art. On this occasion, for the first time since 1998, Silenius contributes the vocals.
Avantgarde Music will release a hand-numbered edition of 500 gatefold cover 7″s. 200 of these will include an additional CD containing the first ever rehearsal with Silenius.
This release wasn´t artificially unearthed  to ´celebrate an anniversary´, like others do these days, but the original material has demanded the form, and urged to be released in the past few years. Now all things conspire to end a cycle and let a new one begin, but more will be revealed soon.
Back in 1997 Abigor recorded ´Supreme Immortal Art´. Ever changing shape, as each release requires a different aesthetic form, the album was planned to turn out as ´majestic´ as possible, contrasting the eerie ´Opus IV´ and the thoroughly traditional ´Apokalypse´. But sadly the powerful basic material was buried under a thick layer of synthetic orchestration and a devastating mix and master, while Silenius´ invocations were loaded with redundant effects. Now this 7″ presents the work as it was intended originally, and is based on the 1997 guitar and drum recordings. Silenius layed down new vocals that exceed the performance of old by far, musical arrangements and lyrics were reworked and sharpened.
SOIL OF SOULS on side A, SUPREME AND IMMORTAL (IS THE ART OF THE DEVIL) on side B summarize Abigor´s traditional 90s recordings and the uncompromising standard of their present work.
For the ones who worship the demon of war since 1993, and the ones who need to be taught a lesson in Black Metal history, the first 200 copies hold a CD with Silenius´ first ever rehearsal for the debut album `Verwüstung/Invoke The Dark Age´: 5 songs of raw 4-tracker recordings, the ugly and primitive side of Black Metal resonating from a time long gone, before bad digital computer sounds became the norm in the ´traditional´ or ´cult´ department – lame copies made by those who do not understand why or how early Black Metal was created back in the days.
A circle has closed, and Abigor are currently preparing a statement that will cover their past 20 years and go back even longer in time, their present and the state of the scene including magazines, the internet and disgusting trends, something which will agitate and upset. 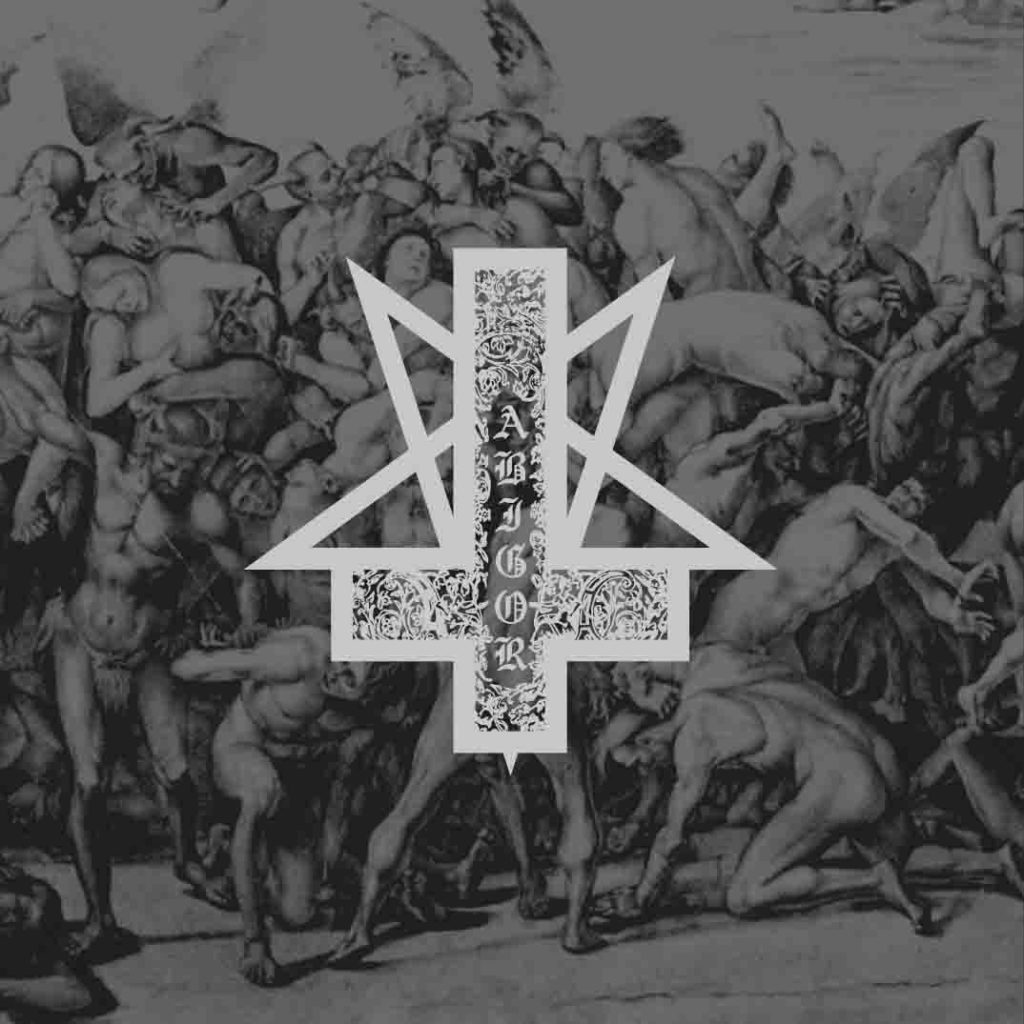