Piercing Through The Frozen Eternity was an absolute peak of 2022 when it comes to black metal and keyboards, and Moonlight Sorcery went back to the scene of the crime with Nightwind: The Conqueror from the Stars, a brand new EP with three new songs and a cover.

While hard at work on their debut studio album, Loitsumestari Taikakallo, Haaska and Ruttomieli took a divergent path that brought them to compose and record what would become Nightwind: The Conqueror From The Stars. This has been one of the best kept secrets of 2022, but now the time has come to unveil the new spells which have been conjured in the magical dungeons of Moonlight Sorcery. 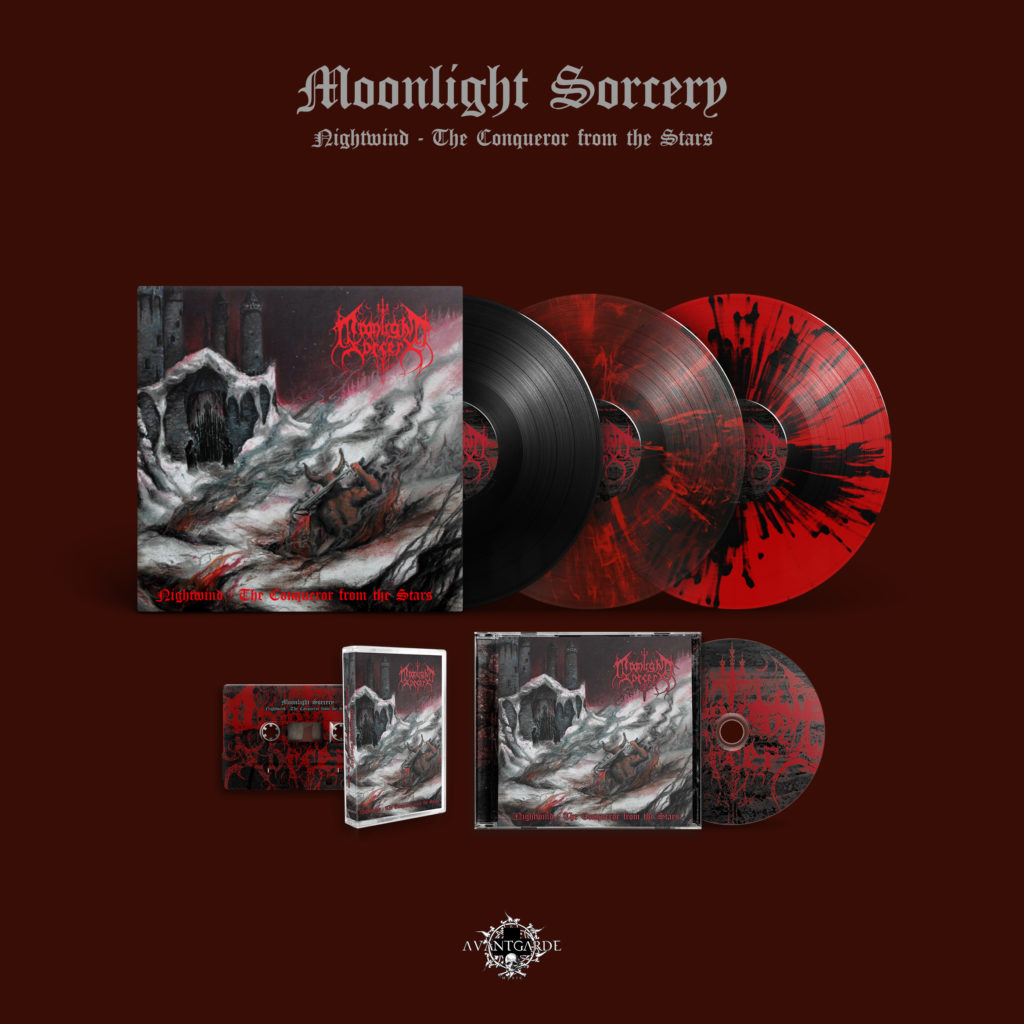