We are happy to reveal that the digipack CD will include a bonus track called ‘Suffocate‘
This is a marvellous new composition written and recorded to bless the physical release of the album.
With its 9’58” in fact the track is surely not to be considered a filler but rather a glorious value-add given from Mesarthim to their fans and to us, record label, as well.
Vinyl maniacs will also be happy to know that Avantgarde Music is releasing ‘isolate‘ on vinyl as well, and this will come out one month later than the cd.
For time length limits, ‘Suffocate’ won’t be sealed on wax with the other 6 songs orginally included in the album, but hey, we will incude a CD playing copy of the song, packed in a cardboard wallet with its own front cover, like a cd single.. if you get the idea.
To make the whole ‘isolate‘ release a stellar offer, our designer Tryfar diramazioni is also right now designing an ‘Isolate‘ tshirt (he also took care of the making of the digipack and the vinyl layouts).
We will soon offer various preorder sets, including cd/lp/ts complete bundle,or just cd+ts or lp+ts.
The LP will be limited to 300 copies and we look for an end of February 2016 release, while the cd and the shirts will be here a least 5 weeks earlier than that. 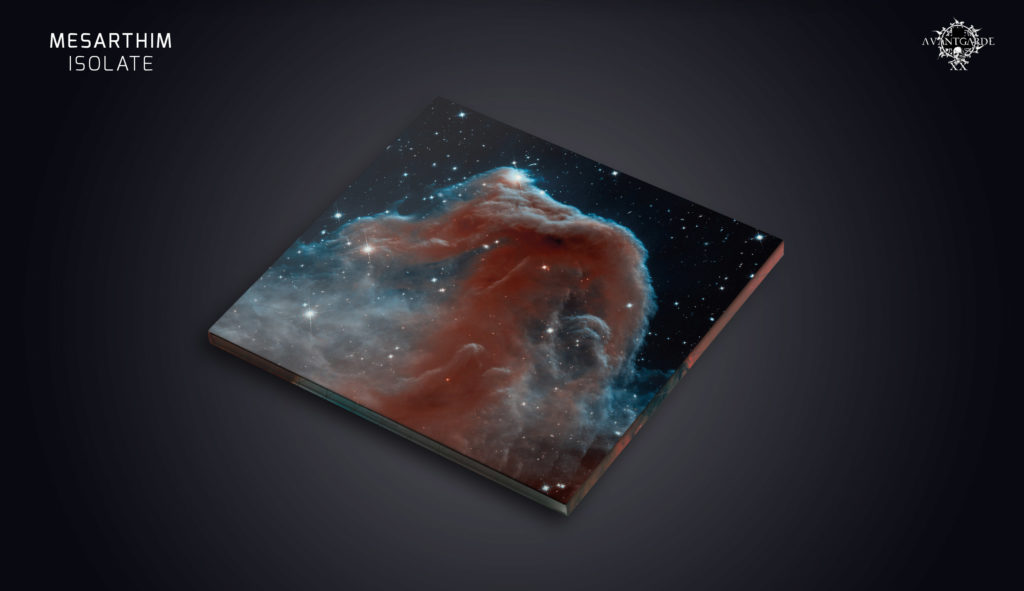