Long out of print, it was about time that Abigor’s Leytmotif Luzifer, found its way back to wax.

Originally released in 2014, Leytmotif Luzifer saw Abigor going back to a two-piece line-up, consisting of founding members T.T. and P.K., yet the album was recorded with long-time collaborator Silenius, while Protector also did some backing vocals. Almost as if the original Austrian Black Metal Syndicate had been united again.

Leytmotif Luzifer is a concept album picturing the seven temptations of man, and this new LP version will come in gatefold cover, with glued-in 60×30 booklet and colored vinyl. Available from March 25th, you can preorder it here. 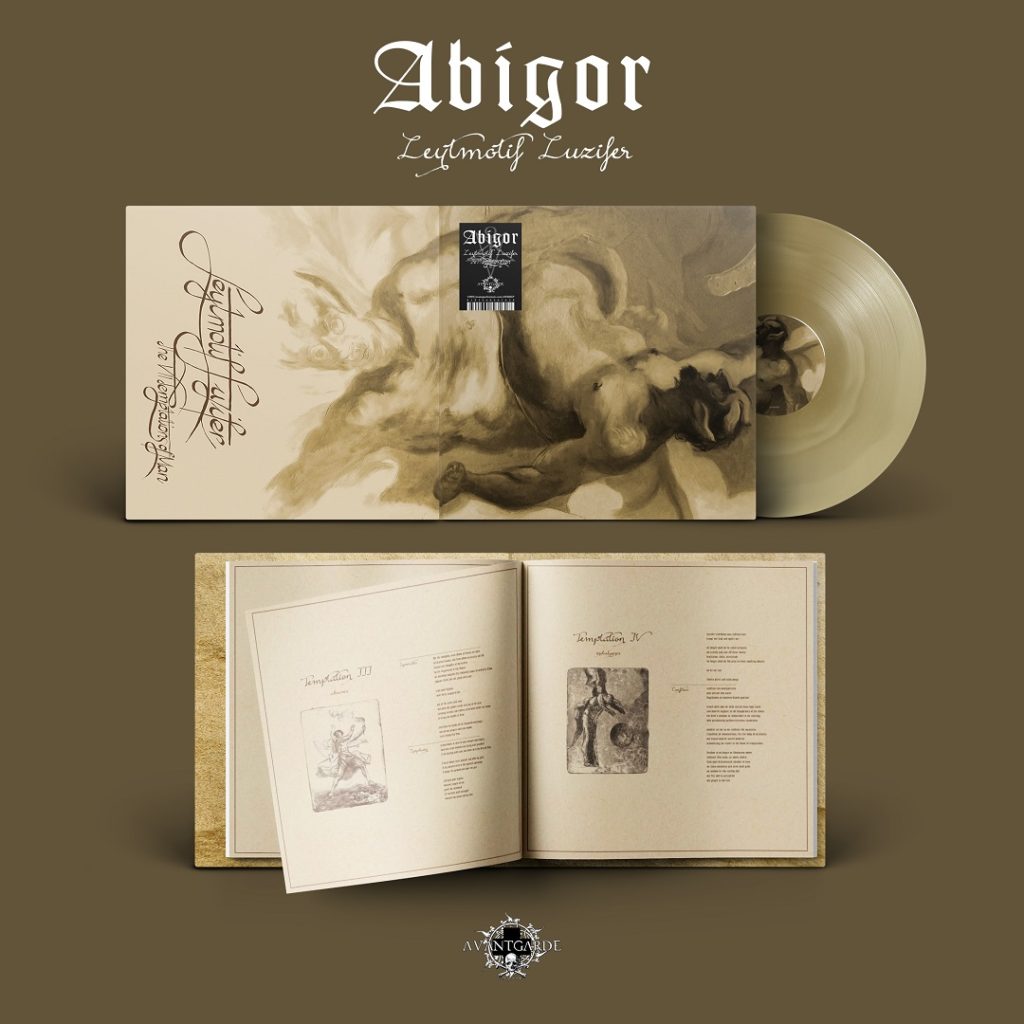