I got the news yesterday that Pensées Nocturnes, a talented and valuable  “one man band” from France, self released a new album just a few months after the marvellous “Grotesque” album that pleased our ears by the end of 2010. This is titled “Ceci est de la Musique”

Cut & paste from the Musician’s notes: “In order not to contribute to the degrading consumerist system that prevails in the current scene, this release will be an autoproduction sold at cost price and therefore won’t benefit by any promotion and distribution. The edition will also be quite limited”

Although I respect this decision, I see this one rather paradoxical…, in other words, Vaerohn (P.N. main and only man) is trying to fight the “degrading et bla bla of the scene” with the same exact ingredients that made it degrading in the first place: an album uploaded on the web one day after its mastering, roughly promoted and in a super limited (“quite“, as he says) edition.

I can understand that in 2011 there are only a few exceptions to this general rule: if a band is not playing live every second weekend they are out of business…. So, most likely studio project bands like Pensées Nocturnes are in fact the first ones in line to suffer from this problem: producing very (very !!! in this case) complex albums that receive super hyped reviews in the medias (like they did in fact) but that in the end will sell just a few hundreds copies and then be forgotten quite soon in this chaotic market (or scene).

There is no tears to spare here. it’s just a matter of fact. Nowdays a band is most likely the main distributor of their own records and to do so, they have to play a lot of gigs. It’s now a well established reality: people are lazy to buy records in stores but easy to spend money at gigs.

On the other hand there are apparently no valid reasons to not follow his example. No label can make a musician like Vaerohn rich in 2011.. and almost no label can make a commercial success out of an album like this, so why not go alone and embrace the “d.i.y. philosophy” ? Write songs, record them, master a cd in 300 copies and sell them direct through the web.

Indeed more and more bands are trying and will try the lonely / independent way.

None of them though will change the rules of the game in 2011: not only, their records will sell even less. Because this plan to sell each copy of their records one-by-one thanks to Paypal facilities doesn’t work, or let’s say: works a little. The band will indeed collect the hysterical customers (fans) orders in the first week and have a naive illusion that this can last forever.

Anyway, here I do my part as well to spread his nice music:

I wanted to link here also their official homepage where to order the cd from, but their link as of 01/07/2011 reports: “ERREUR 404 – Document non trouvé”

Probably musicians should just do what they are best at: write and play music…………. 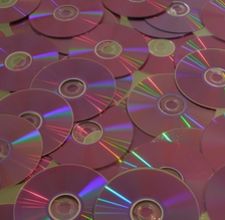