Before the upcoming announcement of Darkspace leaving for another label, for a change we would like to publicly express our opinion on this specific matter, and generally on the issue of “bands leaving a label” (our label, that is).

First and foremost, there are generic considerations to be made, not referred to any artist in particular. When a band leaves the label the first thought (often the only thought) is always: “What will people say about this?”.

Well, there is probably too much (self) concern behind this question. Does anyone really care in fact if Watain will release their next album on Century Media, Napalm Records or Season of Mist? The name is enough per se, and bands so prominent only need a solid merchant to manufacture and distribute their products.

On the other hand, fans asking for new music from their favorites do not really care about the record company branding the album, and I believe this is how it should work. In mainstream music could anyone name the label for Coldplay, Madonna or U2, or does anybody care if Bruce Springsteen switches from Universal to Sony Music at a certain point in his career? I know I should not write this in my position as a niche record label owner, but I firmly believe that this is a really healthy way of understanding music, with the fans’ thoughts focused on the artist and their music and not on the unnecessary mystification of record companies.

Knowing that people could think that a band has left their label because inadequate is always unpleasant, but that’s the way it goes, as fans have no way of knowing what the relationship between the involved parties is. Yet reality is often different, and behind a split there could be various reasons, last but not least the lack of interest from the label to continue the relationship with the band (due to poor sales, in most cases). Furthermore there are a few considerations to make when these separations occur. Usually these considerations come from the reasons given by the band to justify their need to leave, how such split intertwines with the personal relationships between the people involved on both sides and the financial aspect (the potential loss of money due to the missed sales of future releases).

Usually the reasons for a band leaving their record label are the only funny thing – believe me: I’ve heard them all over the years. The fact of a band changing record label is not a cause of trauma for any label manager: we are used to seeing bands leaving as well as welcoming new ones, it’s the natural course of things.

Talking about Avantgarde Music, we were sincerely happy when Katatonia announced that they had signed to Peaceville, it was an incredible step forward for their career and even a source of pride for me to see that our work on the band had been noticed by bigger labels. Same goes with Behemoth and several other artists, both in old and recent times, and with many artists we still have a very good personal relationship.

In general I’ve never had anything to criticize when the motivations have been consistent with the behavior and attitude shown by the band during their years/albums with us. How could you clip wings to that war machine named Nergal and his Behemoth! They had to step further in their career and their current success is the ultimate proof. On the other hand it always made me laugh to read reasons totally and absolutely unjustified and inconsistent with the attitude held by the band up to that time. I could give tens of hilarious anecdotes, but one example for all: bands that all of a sudden need to sign for a label “that cares more about promotion”, but never wanted to answer an interview in two years. 🙂

Moving to personal relationships: with the people behind some bands we never fell in love, that’s a fact. You can’t be friends with a Facebook nickname and I am not “everybody’s friend” either. There’s tons of examples of cold relationships with bands: artists who completely disappeared right after receiving the due copies of their album, others who never even asked for one (1) copy of their album as they were too busy mirroring their ego on social media, hyper-productive guys releasing 4 albums on 4 different labels in 5 years, and I could go on for hours. All these fellas did not leave any memory here, they enter and leave like travelers at the train station.
In other cases though you have weekly updates, daily texts, and you eventually get into personal / family affairs with them. These are some of the cases when I perceived the break-up (meant as the band leaving the label) as a true “betrayal”. I know I should not give in to feelings in professional relationships, but you know, we’re human.

Lastly, as this is the less important one, the financial aspect. In many cases we are not talking about bands selling 30.000 copies of their records, and there is no tragedy in losing a band that barely moves 2000 copies of their album. You just sign another “whoever from Bandcamp” to fill the gap (meaning no offense to the bands, here I am talking about the mere economic aspect: numbers, sales charts, revenues, warehouse costs and all that crap that is very dear to my work homonyms or competitors and certainly not to me).

Now, to the specific issue which sprouted this whole river of words. After 15 years of cooperation with Darkspace I had to discover the hard way that our relationship was all and only based on “assumptions” (quote from their “letter of resignation”). This is the only place where I can give my version of the facts to all those who will think that Darkspace left Avantgarde Music because they deserved a better place, hence I want to make my side of assumptions public for several reasons, first and foremost because they are the simple, indisputable truth and a mere chronicle of the facts.

The band came back from their 2019 European tour torn to pieces, with internal relationships irreversibly damaged: with one of the two members friend of mine leaving the band and the other staying on questionable terms (but I won’t make the mistake of issuing conclusions that are entirely personal in this regard) and the leadership of the band firmly in the hands of the only one of the three (members) with whom I have never dealt with, and for whom I have never felt any sympathy, the end of the story was pretty much expected. “Our relations with Avantgarde Music all over these years were only based on assumptions”, thundered the titan!

Maybe by “assumptions” he meant that freedom which was apparently essential and a bonus value back then: no schedules at all, never letting the label making money on merchandise, no feeding the voracious collectors market with super limited things, allowing no repress of their cds in more economically viable formats (i.e. digipacks) etc. This went along with an unlimited amount of time to take any decision even on the simplest of tasks (literally, weeks to express an opinion -which was always negative anyway- on a label’s proposed activity/release or whatsoever) and to end with over-dilated album release times.

Darkspace elusive way of communicating to the rest of the world was not limited to their fans though, because as their record label we were never informed about any kind of activity nor initiative.

For example, they had been working on the release of a live concert to be released on bluray/dvd on Avantgarde Music. For five years. But when we asked for any updated news about this we had to assume the project was cancelled four years before.

Or… we have been waiting for three years to receive one logotype/symbol to release the vinyl editions of their III and III I albums, and all of a sudden had to assume that we will not be releasing them!

I was recently held against the fact that we did not have any formal contract drafted, “it was only a word agreement!”, and this is of course worth nothing in 2021 as much as it was worth everthing for fifteen years.

Well, I could list my own assumptions for hours, and each and every one of them could show the patience in dealing with a band which did not care one dime for the complete, one-sided freedom they were granted.  But instead I will conclude by begging you to continue worshipping their music, as this is the only thing that must remain important to you, the fans, but also ask you not to think that Darkspace leaving Avantgarde Music is a tragedy for us. The only tragedy here is in fact from a personal point of view, and you can probably guess that by the fact that I never indulged in such messages nor explanations.

While in every other aspect it is not (a tragedy) at all, given that the loss of a band which in fifteen years (15) has been responsible for the release of two (2) albums with our Company makes less damage than the fall of a leaf in the crater of a volcano. 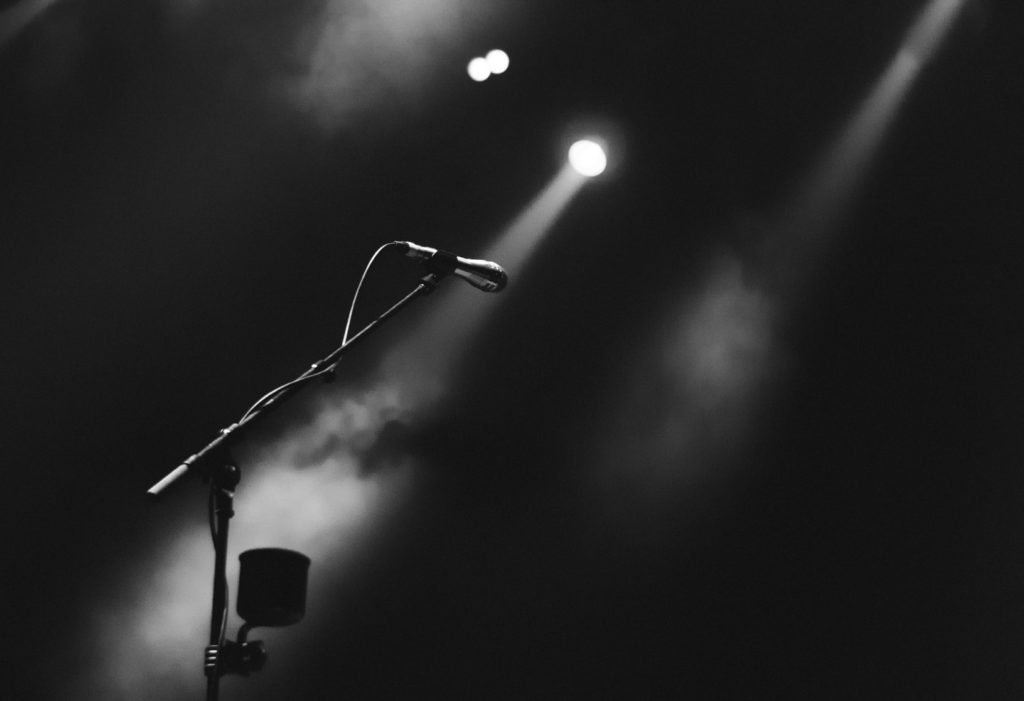