Originally released in late 1993, A Day In The Stark Corner is the second studio album by darkwave masters Lycia (third, if you take into account the 1989 EP Wake). Despite being one of the most praised and influential releases in the field, as well as one of Projekt Records most sought-after titles, the album never received a vinyl treatment. Until today.

Twentynine years after its original publication, Avantgarde Music renews its cooperation with the US band and brings A Day In The Stark Corner to a wax form for the first time ever, following the same path treaded with Cold and Ionia in recent times.

When asked about his thoughts on this reissue, mastermind Mike VanPortfleet came forth with some very personal thoughts: “It’s hard for me to describe A Day In The Stark Corner. It’s a release that came from a difficult space. Dark albums usually come from dark times, and for Stark Corner that was definitely the case. I was in the midst of an existential meltdown (and one fueled by excessive substance use) and while recording it felt as though this would be the last Lycia album, and the last I’d ever sing”.

The album hence has some specific topics underlying its songs: “I guess you could say that there is a conceptual theme that revolves around a defeated figure and the desert and thunderstorms and complete isolation. But that all got blurred and lost in the end. A Day In The Stark Corner was the end of the line for the musical path that started for me in the early ‘80s, but its personal crash and burn set up the musical rebirth that came a year or so later with Lycia’s following album, The Burning Circle And Then Dust”.
A Day In The Stark Corner will be available in March 2022 in a limited green 2LP version and regular black 2LP, which can be preordered via Sound Cave. 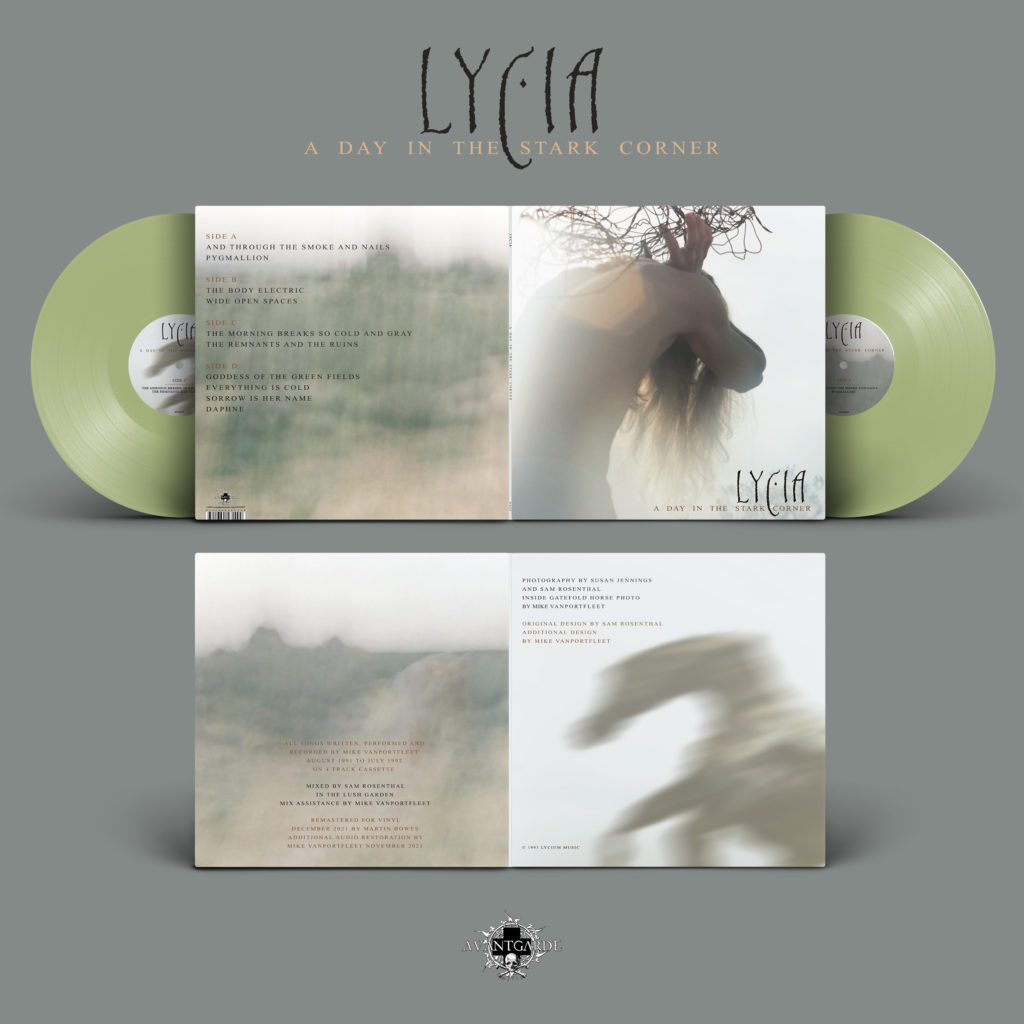