That was a quick agreement and work-out… we jumped in the picture when the band almost finished recordings for their new album ‘The Origin of Fire’.

The album features a few excellent signatures as guests…. like P.K. from Austrian legend Abigor, as well as Norwegian experienced rioter Iscariah.

The unholy mission named Black Flame started in 1998 in the lands surrounding Turin, the magic and eternal town well known for the occult and sinister aura. The triangle of flames took form by the union of m:A Fog, Serpentrax and Il Cardinale. The primordial years of Underground militance, letters, pacts, congregations with other wolves, gave birth to the first demos “Welcome”  and the infamous “Orgiastic Funeral”, which nowadays is still seen by young generations as a depraved underground cult gem. Those two releases gathered the attention of the Sombre Records label, that released in 2002 a 7″ entitled “From Ashes I’ll reborn”, sold out with the rapidity that fire generates ashes.  The musical, lyrical and spiritual rebellion burning in Black Flame as always resulted in a genuine and prosperous productivity in their early years: in 2003 the self-released album “The Third Revelation” was served as an offering to the darkness.Three more albums followed: “Torment and Glory” in 2004, “Conquering Purity” in 2006 and “Imperivm” in 2008: Black Flame forged an endless and uncompromising flow of sonic rituals, reaching with the “Imperivm” album a career edge (that far) being released by Swedish Regain Records, under license from Forces of Satan Records, owned by Infernus of Gorgoroth. This will also be  many live masses are celebrated around Europe. “Septem” released by Behemoth Prod. in 2011 was the obscure manifesto of an intact spiritual will, the number seven, the seventh release since demo days, the seventh gates of hell open.

The reason behind “THE ORIGIN OF FIRE”

You can order the A5 digipack CD here ! 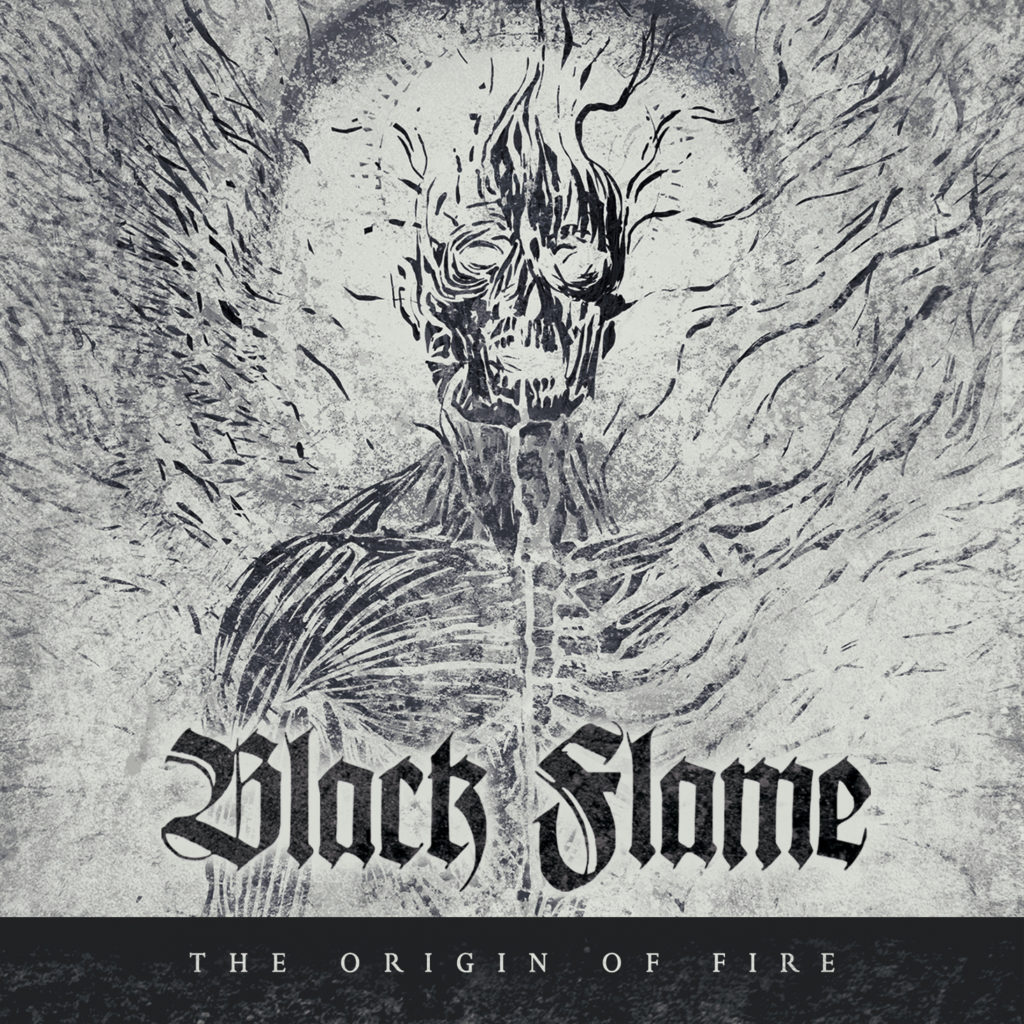