One can undoubtedly say that Finland is the cradle of funeral doom metal. From Thergothon and Skepticism to Tyranny and Shape Of Despair, the land of the thousand lakes gave birth, shape and life to this sub-sub-genre so monolithic and impenetrable. Here at Avantgarde Music we know something about it, as Thergothon only studio album was our very first release, back in 1994, and now, a quarter of a century later we go back to the scene of the crime.

Profetus is definitely not a surprise for doom lovers, as the Tampere collective led by guitarist and vocalist Anssi Mäkinen in thirteen years of activity published one demo, two albums and one ep, all of which were highly acclaimed by the followers of the funeral cult. The Sadness Of Time Passing is the third full-length studio album by the Finnish band, and is worth every single day of the five long years its creation took.

Profetus third studio album is a concept about time and mortality, a collection of bleak compositions to raise the awareness that everything is transient, all is impermanent. To express such idea, The Sadness Of Time Passing can be linked to the Japanese concept “mono no aware”, and such link to the far east is sealed by its cover. The painting by Yuka Yoshihara, talented contemporary Japanese painter, was made using 19th century colors and old Japanese painting techniques to resemble a Finnish romantic, XVII century painting.

The Sadness Of Time Passing was composed along a five-year span, a period which carried great personal losses for Mäkinen. Eventually, Profetus locked the door of their own studio, a wooden lodge in the middle of the Finnish woods, and recorded the album as a whole during one week only, in early 2018. The studio, said to be haunted by the spirits of the woods, gave a natural sound to the recordings.

Mixing and vocal production by M. Mäkelä (Tyranny, Wormphlegm, and Profetus). Guest vocals on “Northern Crown” and “Tiarnia” by Ana Carolina Ojeda and guest synths and recording by Eduardo. P. Ocampo, both from Mourning Sun, were  recorded in Santiago, Chile in Autumn 2018. Mastered by D. Lowndes (Cruciamentum and former member of Profetus themselves) at Resonance Sound studio, FL, USA in spring 2019.
Profetus new studio album will be out on wax (regular and limited) and digicd on October 11th. 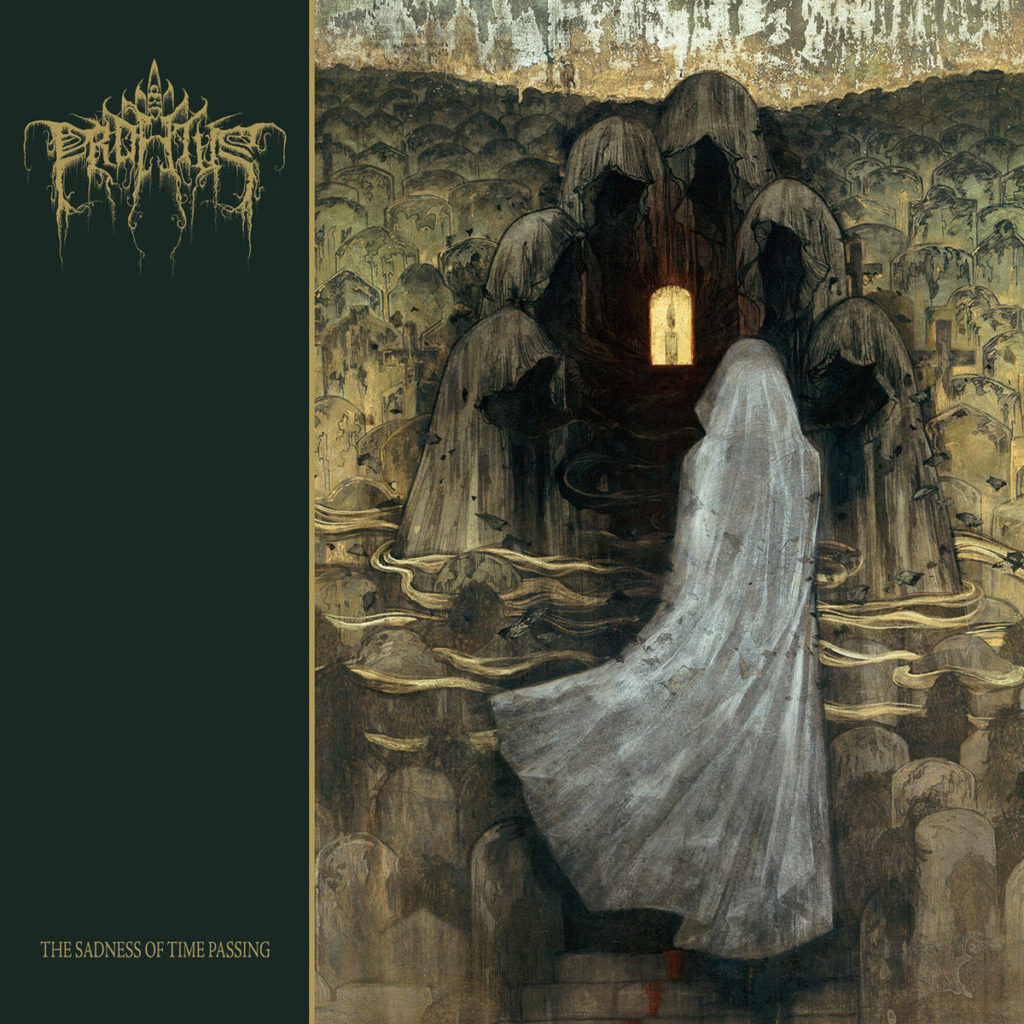