The prolific Québécois one-man band Neige Et Noirceur is back with a new opus. Bach – Preludium Minor is the actual follow-up to 2017 Vent Fantôme, which also marked the first cooperation with Avantgarde Music. Three years later Sion Daus goes back to one of his older aliases, Spiritus, and pays homage to one of the greatest composers of all time, Johann Sebastian Bach.

The previous Neige Et Noirceur album was a tribute to the classic French sci-fi comic Lone Sloane, and when asked why the sudden change of course, Sion Daus answered that “Interstellar Enigmatic Throne had been recorded a lot of time before, but we released it in the wrong order, if I can say so. This is the real sequel to Vent Fantôme, it’s more dark ambient and drone-oriented”.

Neige Et Noirceur is hence back with a surprising tribute dedicated to the great composer from Eisenach, consisting in four minor preludes and one invention. Five pieces of baroque dark ambient with a touch of métal noir québécois, where Sion Daus is joined by Cynthia (organs, keyboards) and Schimaera (vocals and whispers).

An ultimate ode to melancholy and sadness, these minor preludes drift from the trodden path and lead into baroque landscapes, embracing the solitude of the hermit as depicted by Bruegel the Elder, whose painting was chosen as the main album artwork. 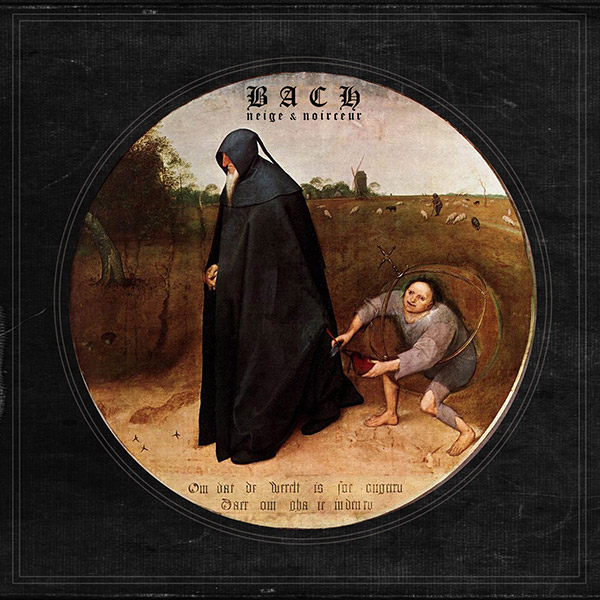