Prepare to plunge into the very essence of atmospheric black metal and its younger derivation, post-black metal, with a four-way concept split dealing with nature in all its might and poetic fascination. Four different bands, two one-man bands and two duos, depict their personal view of Mother Nature in two songs each. The result is no less than seventy-eight minutes of music called Mater Natura Excelsa.

The first name you encounter is Sorrow Plagues, a one-man band from the UK: active since 2014, the project released two albums and several eps along the years. With a very melodic approach, Sorrow Plagues is the most “post-” act of the lot.

De La Nostalgie, on the other hand, is a duo hailing from Venezuela dedicated to a more old-school melodic black metal, packed with keyboards and downtempos. Their debut A Wonderful Place was released last fall, and Mater Natura Excelsa is their sophomore release.

Elderwind deliver the shortest songs, reaching only about seven, eight minutes each tops. The Russian duo released its debut album back in 2012, and has been silent for four long years before working on this split, with the only exception of a song on the Summoning tribute compilation In Mordor Where The Shadows Are.

Dreams Of Nature, a one-man band from Bogotà, Colombia, whose debut was released in May on Flowing Downward, also participated in the aforementioned compilation. Summoning is by far the name that comes to mind when listening to the last two tracks on Mater Natura Excelsa. It’s with an epic vibe that you’ll end this contemplative journey.

Mater Natura Excelsa will be out digitally, on digi CD via Flowing Downward, and on limited double vinyl via Avantgarde Music on June 25th. Preorders are now open on both Bigcartel and Bandcamp (click here for the vinyl version and on the player below for the digi CD version). 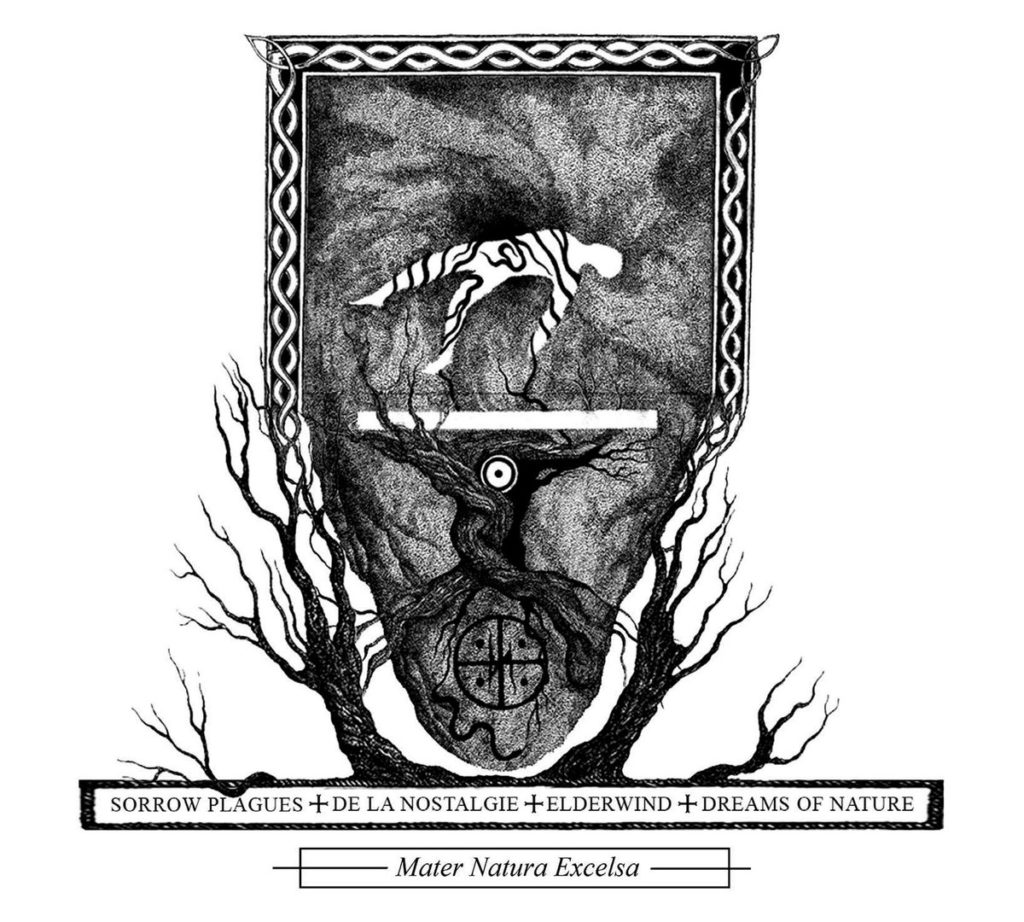