As a room’s confining embrace, Kamra grabs and plunges you in a world of allegories, ruminations and imagery with their upcoming debut Cerebral Alchemy. There is no shortage of uneasiness intertwined with familiarity through sounds of those who came before and left their whispers for this five-piece to interpret in a disturbing, brutal, unnerving, beautiful and even caring way.

There is a black metal atmosphere with a kick of old school death metal, while the vocals leave one questioning the genres. As such Kamra is still veiled and secretive, as it is not exactly known who the members are.

What is known is that Kamra resides in Slovenia and has released their EP as a two-piece. Presently, they consist of five people who strive to create a bond between chaos and sound. The concoction that was being prepared in the past year is now visually presented by Jeff Christensen and ready to be unveiled.

Cerebral Alchemy is bound to leave you questioning and repeating the insanities that will be released through Avantgarde Music. 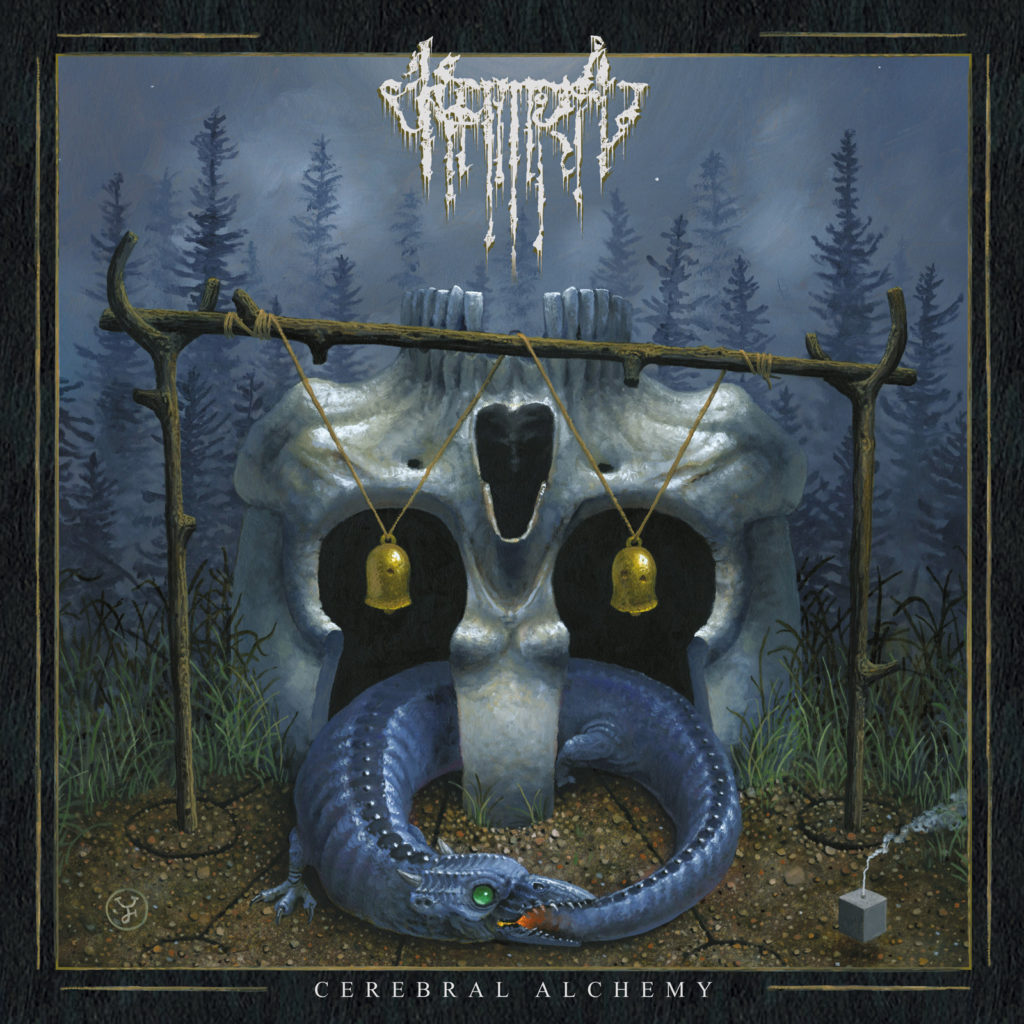