Phobonoid is the one-man project of Lord Phobos, multi-instrumentalist originally from the Dolomites, in north-eastern Italy. Born in 2012, Phobonoid released an EP and a full-length studio album before entering the Avantgarde Music roster. Now the time has come for this cosmic, industrial black metal project to embark on a new journey through the stars.

La Caduta di Phobos, “The Fall Of Phobos”, in the words of its own creator, is a sci-fi concept album about the futility of human quest for answers here represented through “a space-time travel through planets and asteroids”. Starting off from the destruction of the main character’s world in the title-track, each of the following songs is dedicated to one of those celestial bodies, symbolizing a different leg of the protagonist’s quest. The journey goes “from the methane fog of “Titan” to the perennial lava of “CoRot-7b”, through the retrograde motion of “WASP-17b” and the absolute zero on “MOA-192b”, till the “A-Cronos” return, where the circle reboots”. The album is Phobonoid interpretation of the eternal return, the awareness that “our every effort will only point us back to the start, the very beginning from which we are trying to flee”.

La Caduta di Phobos was entirely written, recorded and produced by Lord Phobos and mastered by Karl Daniel Líden (Bloodbath, Crippled Black Phoenix, Katatonia, Terra Tenebrosa). Musically speaking, the Italian musician pushed one step forward on his path, taking his cosmic black metal on a very aseptic, inhuman level: the melodic and atmospheric root is a constant background, while freezing-cold riffs and synthetic drums are in the limelight.

Phobonoid sophomore album is released on cd in february 2019. 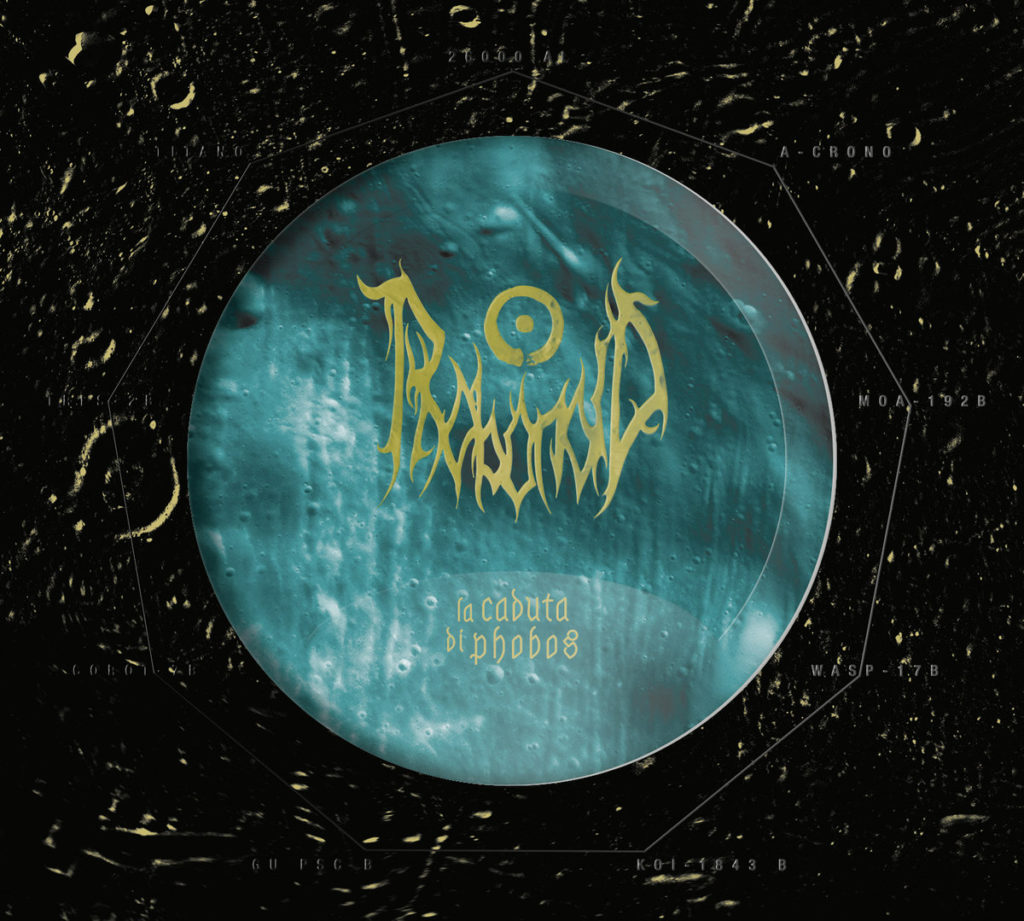