Back from the woods of Piedmont is Enisum, once again delivering their lore-infused atmospheric black metal. The fourth album since the shift from one-man project to full band, Moth’s Illusion can no longer be defined a surprise in the lively Italian extreme underground: release after release the band taking its name from Mount Musinè built a precise sound and personality, and in just a few years moved from being an unexpected revelation to a prominent reality.

Moth’s Illusion is the new piece of Enisum’s mosaic, offering twelve brand new songs forming a new mixture between natural and existential: “Ballad Of Musinè” is of course dedicated to the peak west of Turin, while “Burned Valley” sings the recent Val Di Susa burnings, caused by unknown pyromaniacs. But most of all, Moth’s Illusion reflects on life and death: “Like moths lured by the moon fly to her light, man is fascinated by light, by what lies beyond death, and has always tried to investigate such mystery” says guitarist and singer Lys. “But in order to understand what happens after death man needs to die, that’s the only way we can discover whether that light is just an illusion. This is Moth’s Illusion. The metaphor of a moth following the moonlight which, along its path, falls victim to artificial, fake lights”.

Atmospheric black metal infused with downtempos, clean vocals and acoustic passages, Enisum new studio album is a perfect compendium of what Italian black metal can say to the world. Moth’s Illusion is out on cd, lp and limited wooden box edition cd, including a second cd containing two additional, unreleased tracks composed specifically for this edition, while the artwork is signed by talented Elisa Lo Presti (Red Right Hand). 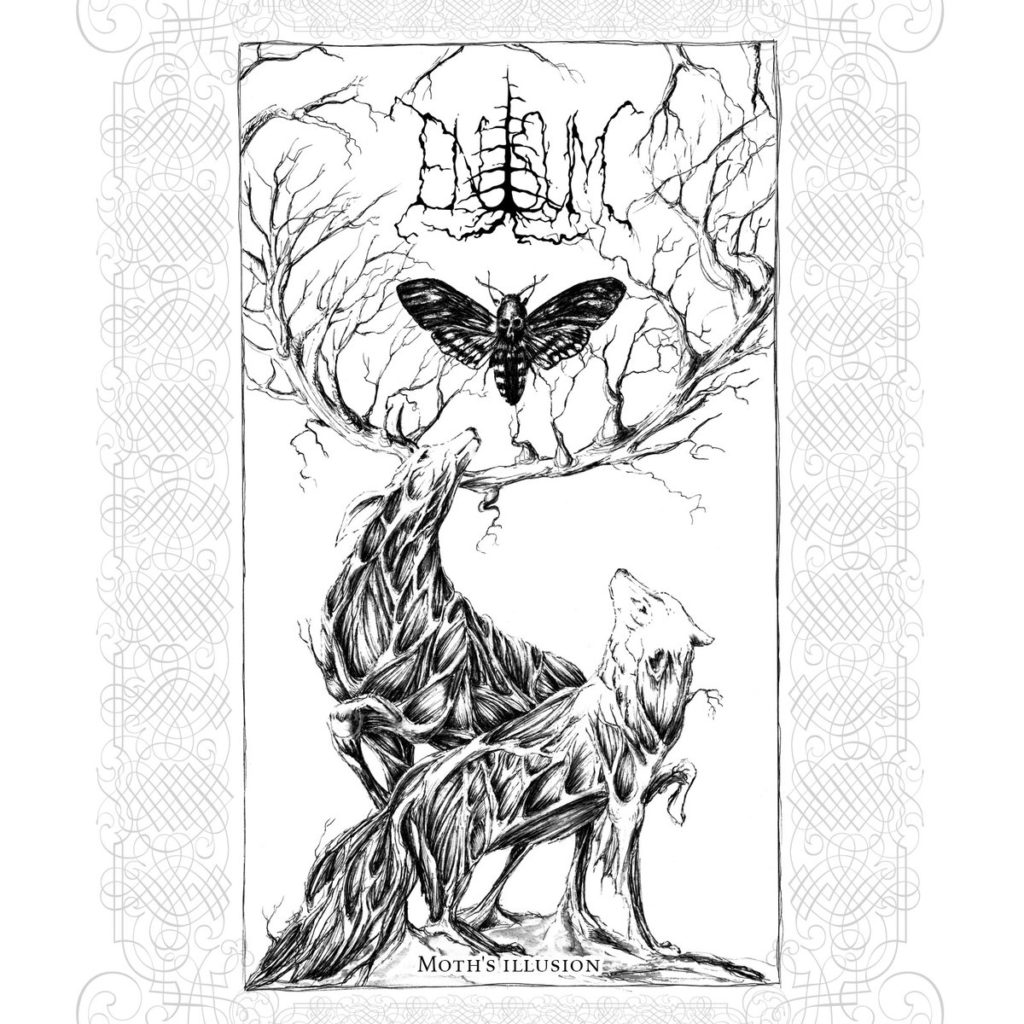