Rising from the tsunami and following flood that decimated the west coast of South America 18,000 years ago after a comet hit in the Pacific, the many spirits of Tiwanaku summoned Vocalist/Guitarist Ed Mowery in a vision to create a musical band and call it Tiwanaku.

Frontman Ed Mowery (ex-Nocturnus) has put together a line up to crush your skulls with a wall of death metal. A few years ago Mowery scoured the United States for the right band members and found several of them in Pittsburgh, Pennsylvania. Just like in his last band, Tiwanaku consists of highly-skilled musicians, among whom is a full-time keyboard player.

Works on the band’s debut album have been long and exhausting, but Tiwanaku never lost hope nor will, and after almost two entire decades since their inception Earth Base One is finally ready. The album features contributions by Alex Webster (Cannibal Corpse) and the late Michael Estes (ex-Acheron), who has been the band’s guitarist from 2003 to 2019.
Earth Base One is a sci-fi death metal album with some sort of a vintage flavour, yet extremely fresh and invigorating, thanks to the unusual path the band followed during its long, and at the same time short life. Tiwanaku has been waiting for years to narrate the true story of what happened at the Gate Of The Sun, and this is your chance to know. 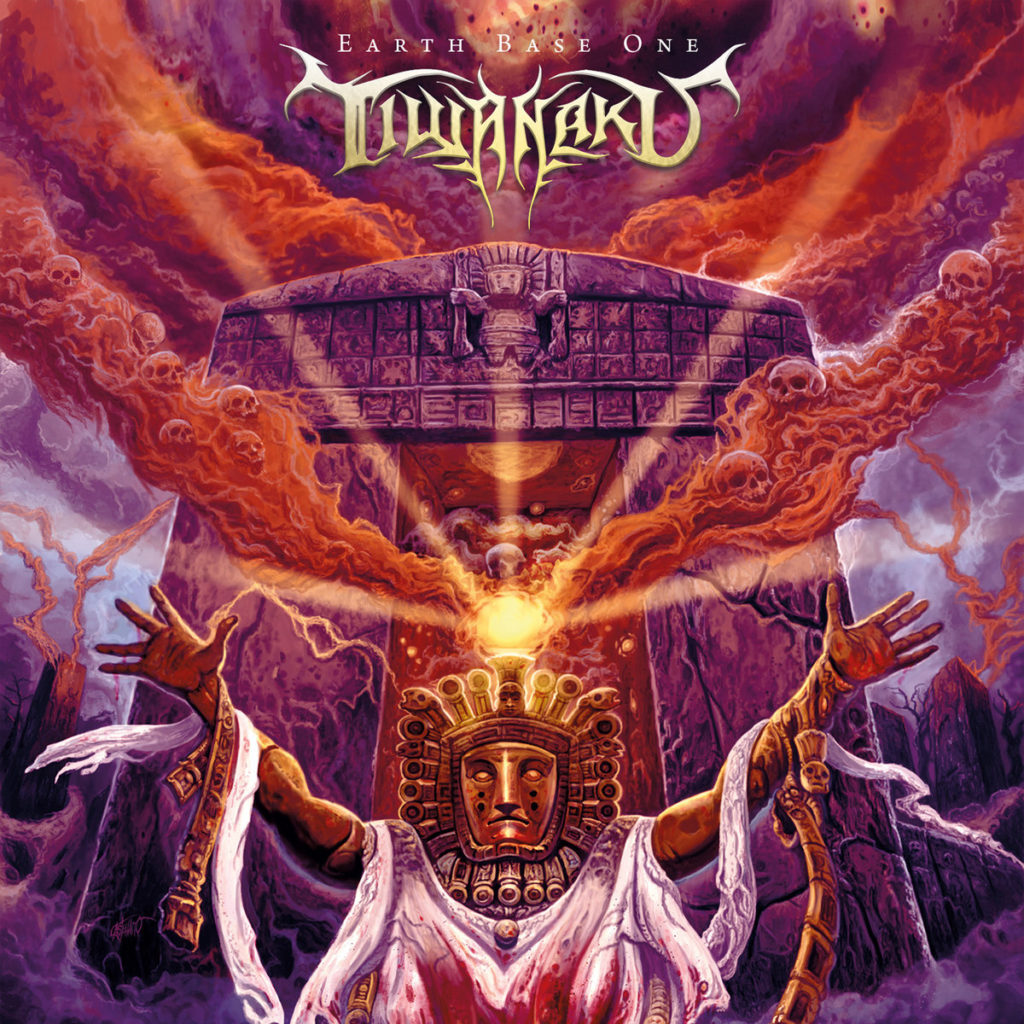