Born in 2016 in the sewers of Brno, Czech Republic, Depths Above is one of the underground’s best kept secret. The black metal act conveys the minds of four different individuals coming from different areas and even countries, each one with their own musical background and influences rooted in extreme and obscure music.

The goal the four musicians shared was to create soundscapes through different atmospheres, now abyssal and then ethereal, with neither boundary nor border. The spawn of such effort is Ex Nihilo, a modern black metal album, with a plethora of different influences, from doom and death metal to sludge and post-metal.

We reached out to the band, and they described the album as an attempt to deal “with creation and destruction, with a very existentialist vibe, questioning the very nature of existence itself and investigating the possibilities of outer worlds and other dimensions”.

Ex Nihilo was originally self-released by Depths Above themselves in 2018 on CD only, in a very limited run, and it never received any further distribution until now. As the band is hard at work on their sophomore album, at the Avantgarde Music hq we believed this stunning work deserved better.

This is why we are now presenting you Depths Above debut album on vinyl for the first time ever, with a dedicated master crafted by Gabriele Gramaglia (Cosmic Putrefaction, Turris Eburnea) and a new shot for the stunning art by frontman and visual artist Vama Marga, who painted covers for bands like Ad Nauseam and Vertebra Atlantis. Ex Nihilo will rise from the darkness on October 28th, 2022. 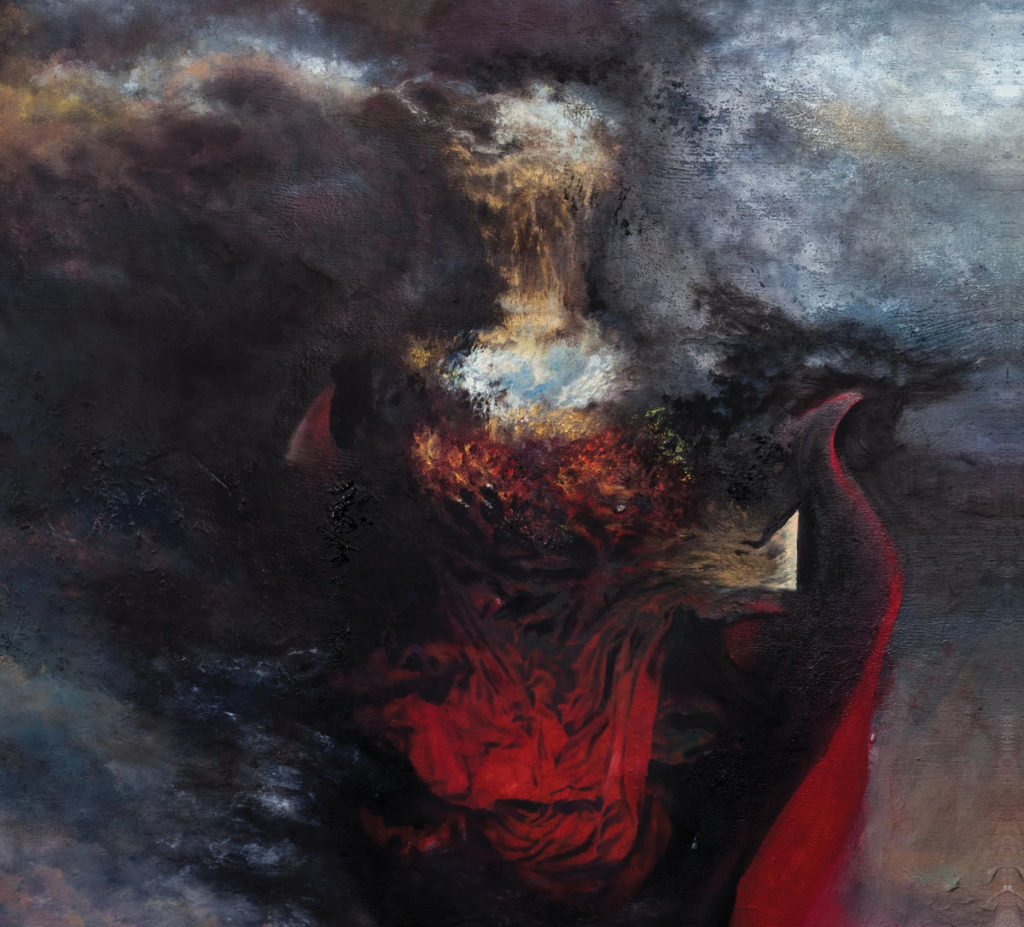