German one man band Kanonenfieber is ready to release Yankee Division, a two-song 7” once again deeply rooted in the Great War.

1918, the year that brought the end of World War I. After Germany declared unrestricted submarine warfare against the rest of the world and sank ships carrying passengers from the United States. The United States of America declared war on Germany. Initially still under the command of the British and French, the Americans got their first chance to take the battlefield under their own direction at the Battle of St. Mihiel. The Yankee Division, as it was popularly known, now came into play.

The Germans, trying to free themselves from the clutches of the French Army by means of a retreat to the Michael position, were cut off by the forces of the United States and forced into a hedgehog position at Combres Heights.

A savage slaughter was the result. After 4 hours of deafening preparatory fire, the Americans advanced across the battlefield at 05:00 AM and invaded the German trenches. The result was over 6.500 dead and 7.000 wounded on both sides. 15.000 German prisoners were taken by the Yankee Division in just 3 days. The Americans’ first independent campaign was crowned with bloody success.

The song “The Yankee Division March” (featuring Trevor Strnad of The Black Dahlia Murder on guest vocals) picks up on the very moment when the Americans marched on the German positions at 05:00. Written from the point of view of a German mortarman and an American fusilier, the lyrics attempt to capture the situation of the opposing parties. The German artillery crew shoves one twenty-two-inch shell after another into the maw of the fire-breathing mortar, while the American fusilier must crawl through mud, barbed wire, and body parts to enter the German trenches unscathed.

Ultimately, the winner is death.

Yankee Division is a co-production between Avantgarde Music and Noisebringer Records. 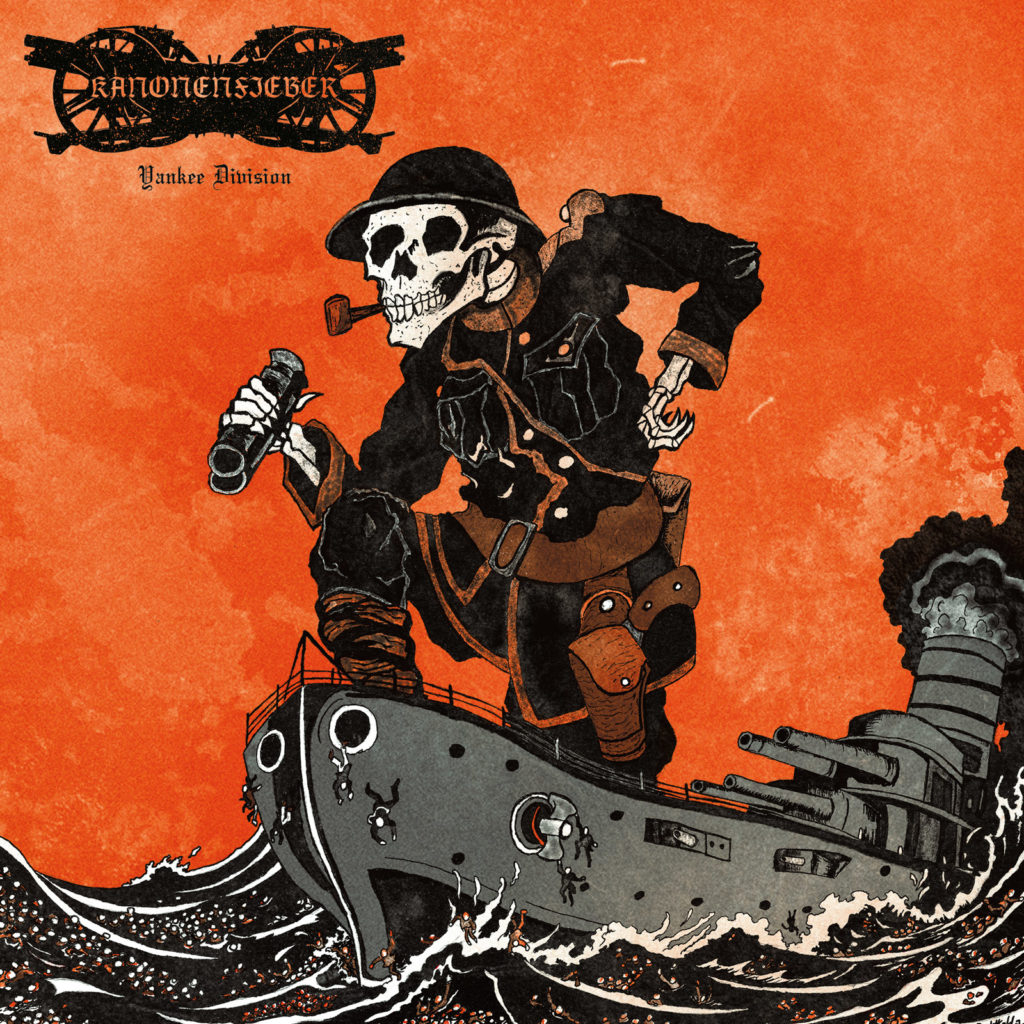