Ferum is a death doom metal band originated in Italy, but now scattered over two countries. Asunder / Erode, the band’s debut album, is an obsessive and monolithic record. Slow, funereal riffs are tied to faster, sharper parts, while harmonized melodies and solos paint a cavernous atmosphere. The drums wisely marches, moving from the background into the spotlight, always followed by the bass guitar.

Asunder / Erode was recorded and mixed at Walter Productions in Tallinn, Estonia by producer and sound engineer Are Kangus. The studio is located inside the historic Tallinna Linnahall, a behemoth built during the Soviet occupation. Today it is an urban wreck kept alive by few commercial activities which are based on the inside: it is in fact closed to the public, with the exception of some parts. Its interior is a maze of stillbirth potential, and inspired one of the album’s pieces.

The record was mixed completely in analogue to give the songs a deeper, more archaic, real thickness. The master by Dan Swanö added the final touches, making the album consistent, organic and even heavier.

Conceptually, Asunder / Erode  is a journey that explores the idea of ​​separation and its dichotomy, up to erosion and collapse. This is represented in a morbid and extreme way by the cover by Maestro Paolo Girardi. The choice of oil on canvas follows the same logic of the analogue mix: to make the whole as natural, as real as possible, and to pay homage to the influences that inspired Ferum, by reinterpreting them.

The path that led to the completion of the album was slow: first the outbreak of the pandemic with the following restrictions, then the transfer of guitarist, singer and frontwoman Samantha to Tallinn and finally the change of line-up, which took place by mutual agreement for logistical reasons. Being Samantha the composer of the pieces, the creative heart of the band is now located in Estonia.

Ferum‘s debut album is a clear step forward from the EP Vergence (Everlasting Spew, 2018). Composition, production and performance are more mature, the result of a spontaneous musical growth. Asunder / Erode has the boldness and rot of American death doom and the introspection and emotionality of English death doom.
The album will be released and performed in full at the Helsinki Death Fest 2022, which will also be the first concert with the new line-up. Asunder/Erode will be out on August 19th, 2022 via Unorthodox Emanations / Avantgarde Music. 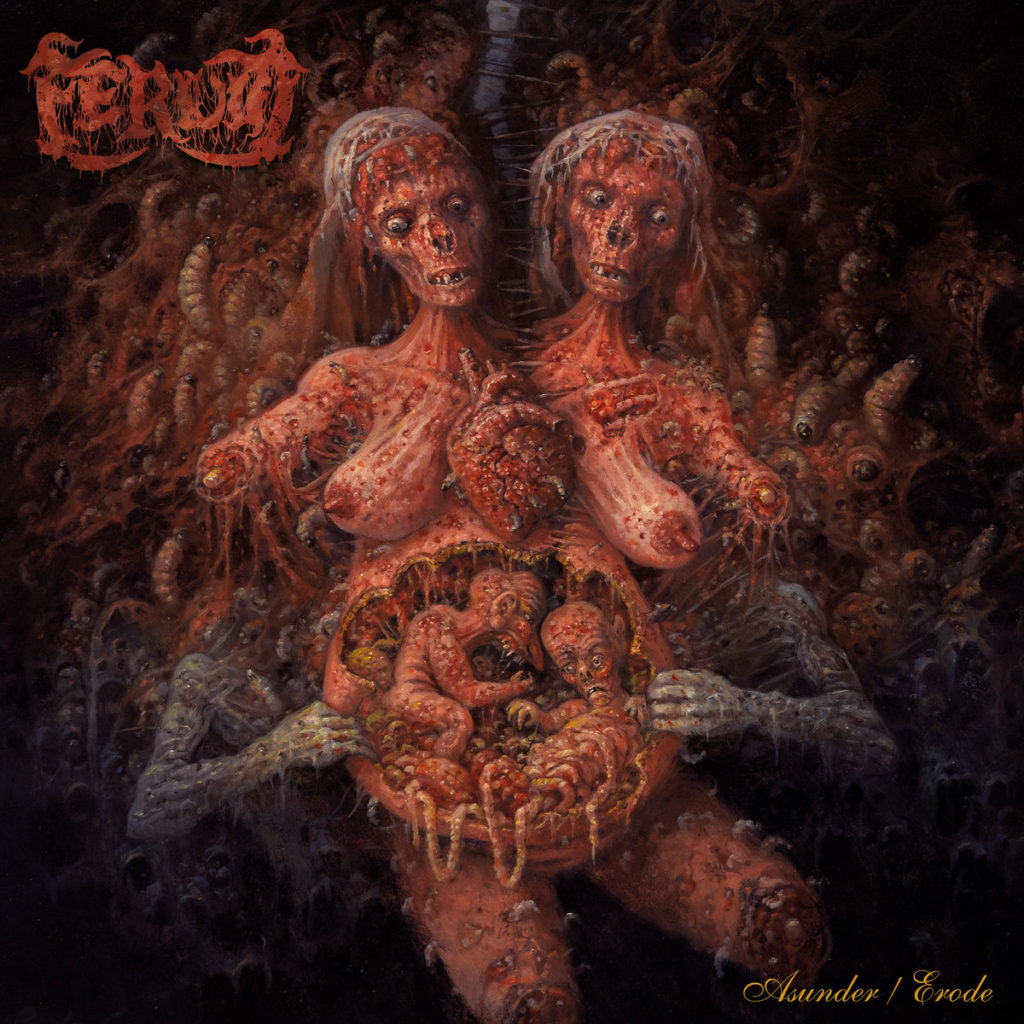