‘Chapter I’ comes in a natural wood box (24x17x4 cm  -or 9.6×6.7×1.6 inches) with band’s logo imprinted with fire and including the first two Earth & Pillars albums “Earth I” and “Pillars I” on two separate cassettes, plus one Din-A5 booklet with visual parts taken from both albums.
Even though not pictured in this computer mock up, both cassettes are coming in some raw jute bags and there will be some final surprise when opening the box and lets not ruin it with the usual total anticipations!

Earth and Pillars Chapter I is now over and the band has decided to celebrate and carve this first cycle of its career by releasing a box containing both albums in cassette, in bundle with a special t-shirt (that will not be sold separately) displaying visual excerpts from both the albums.
Therefore preorders run for:
50 copies purchasable only in bundle with the T-shirt
50 copies purchasable as stand-alone cassettes box
Prices include registered parcel worldwide, but european customers will most likely receive this through freight couriers.

Artist’ statement:
“The meeting of Water and Earth, the cycle that unites them from Spring to Winter, was the conceptual core of Earth and Pillars Chapter I.
From Spring, when snow starts to melt and descends to the sea, to Winter when crystallized water covers again the Earth to remain, this circulating path never ends if not eventually, everything comes back to its source as the Pillars look back at the Earth, and the Earth looks forward to the Pillars. Their bond cannot be broken.” 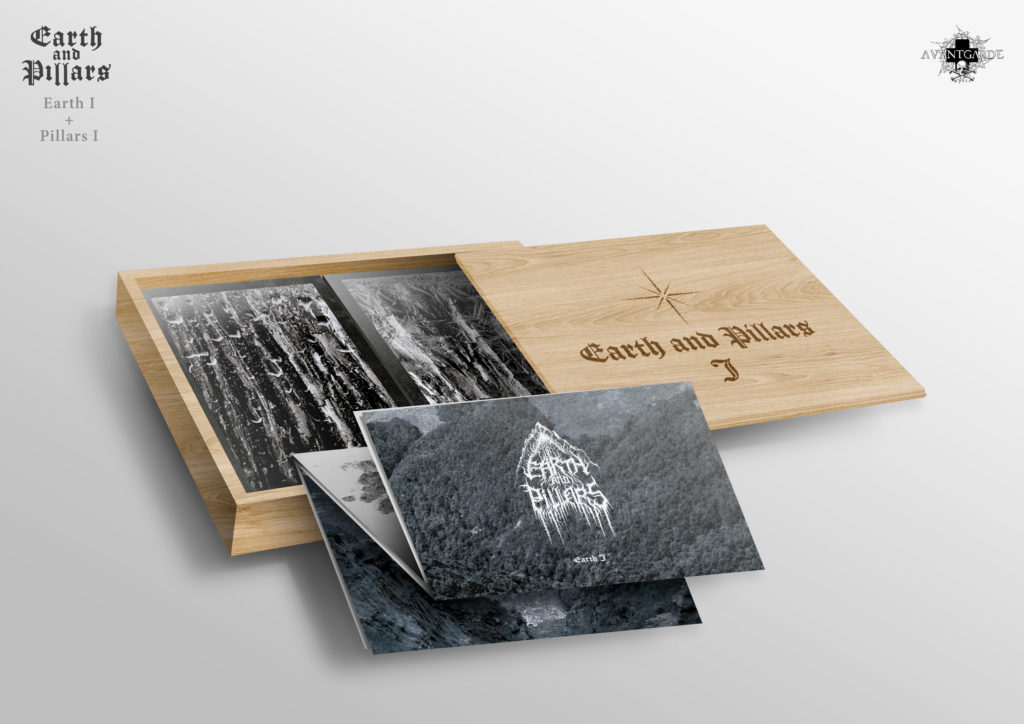