“The area where I live is not a precise place, it has no horizons, neither me that I’m talking I’ve never had a particular attachment to it, conversely I felt far away, it has been a place just linking the living experience of people to the area, their memory, and now that also these persons are gradually disappearing all will probably be erased.”

The project Asofy originated in 2000 formerly involving other people but substantially running around the main and now sole member Tryfar: a respected visual Artist, yet author of many music covers and artworks and books illustrations. As you probably imagine, characters like him, on the same line with geniuses like Costin Chioreanu, are to be considered unique and anarchists, and out of any laws of the music market.
Music is just one, and not the primary, of their needs to exploit their visions, therefore you will not find rules and clear music genres belongings
Asofy music is dark and melancholic, extremely non commercial and even uneasy.
We quote american monsters Lycia and the other italian weirdos Canaan as possible main references, but it is nearly impossible to cut a precise profile for their music. It is not doom, it is not black and not at all that generic “post” that nowdays is so cool to use as a tag for everything that’s a bit different.

It was released as a 50 copies limited box, sold out in preorder, and digipack (still available in the store) 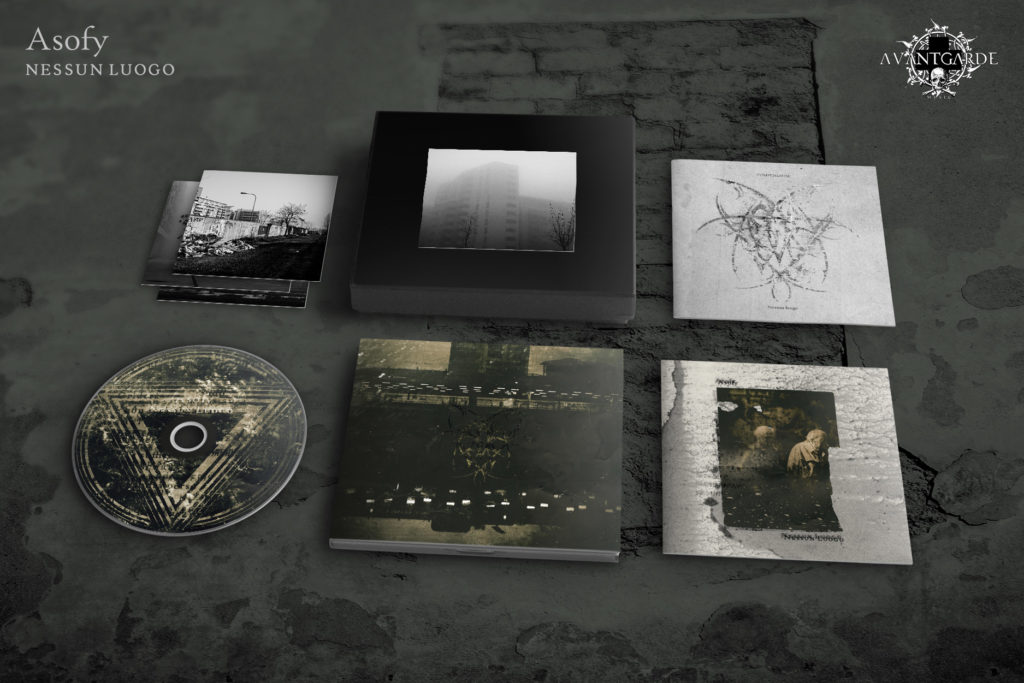