Olio Tähtien Takana is one of the artistic expressions of Finnish multi-instrumentalist v-KhaoZ (Vargrav, Druadan Forest and many others), here joined in his artistic endeavour by singer Hellwind Inferion (Desolate Shrine, Sargeist).

Spectral Katharsis is the third album by Olio Tähtien Takana, and is described by Hellwind with a series of key terms: “Cosmic, majestic misanthropy and ultimate devil worship”. Expect fury, rage and patterns of keyboards to surround you and bring you on your journey through the cosmos.

On the musical side of things, v-KhaoZ says: “We wanted something different than our other bands, a more straightforward, yet melodic approach. To this we added a varied singing style and otherworldly, space-like keyboards, to reach the multidimensionality we were aiming for”. Spectral Katharsis will tickle fans of Limbonic Art, Odium and the mid-’90s symphonic black metal scene.

The band’s very name is probably the best expression to describe what v.KhaoZ and Hellwind Inferion are trying to accomplish with their collaboration, as Olio Tähtien Takana is Finnish for ‘A Creature Beyond the Stars’.
Spectral Katharsis will be out on October 29th on CD and regular and limited colored double LP via Avantgarde Music. 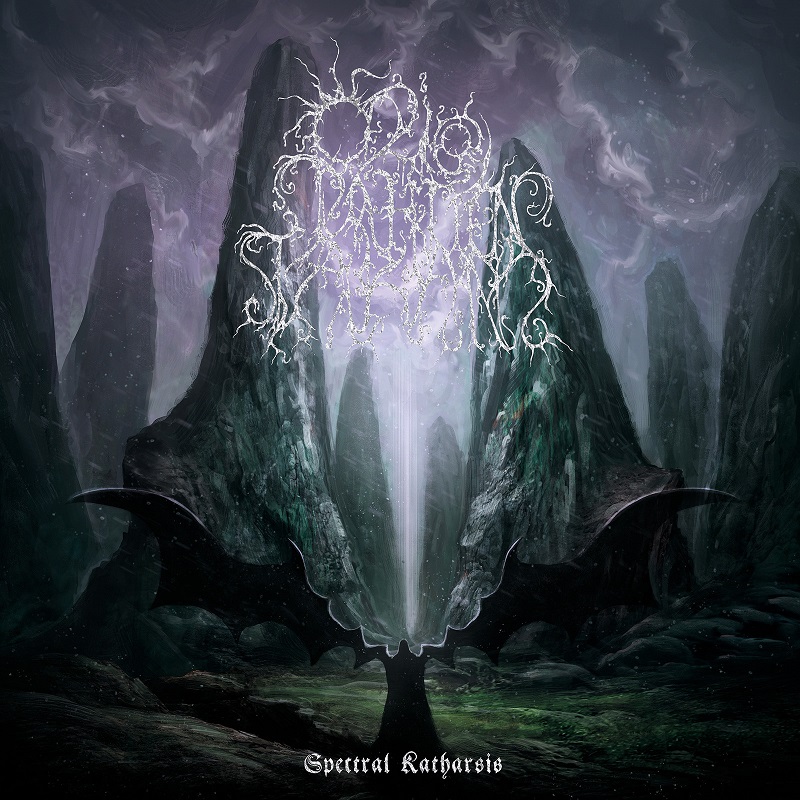