After the successful Avantgarde Music debut with their sophomore album The Sachem’s Tales (2017) and the subsequent repress of the debut Five Treasures Of Snow (2016), Dzö-Nga is now back from the native lands with a new full-length studio album.

Thunder In The Mountains has been in the making for almost three long years, a time during which mastermind and multi-instrumentalist Cryvas focused on songcrafting and adapting literature into music. When asked to disclose some relevant details about Dzö-Nga new opus, Cryvas explained: “Thunder In the Mountains is based on on H. W. Longfellow’s epic poem The Song of Hiawatha, a landmark literary work which collected much of the folklore of the Ojibwe peoples. We sincerely hope that our music helps to illustrate these classic stories with respect and admiration, and perhaps brings them to new audiences who may follow them back to their sources. Thunder In the Mountains serves as a tribute to legends of the past and an authentic document of us in Dzö-nga as we strive to create something of our own that will stand the test of time.”

And indeed it does: Dzö-nga new album is a huge step forward from The Sachem’s Tales under every aspect, be it musically, conceptually and in terms of production. Now a three piece with the adding of bassist Ray King, the Boston-based band crafted haunting, fascinating melodies where keyboards and female voices enrich the black metal pillars upon which the whole music is built. The result is a melodic, thoughtful blend of melodic black metal and folk hints, in the vein of other past Avantgarde Music bands such as Saor and Sojourner but with a unique native-american focus and a very personal approach.

Thunder In the Mountains was recorded in an 18th century farm in the forest of Connecticut, then mixed by Øystein G. Brun at Crosound Studioand mastered by Dan Swanö at Unisound. The album also features session guitars by Þórir Nyss of Nyss and both a front and back cover art, the former by Cory Nesci and the latter by Frank Victoria (author of The Sachem’s Tales cover art). Last but not least, Raphael Weinroth-Browne of Leprous and Musk Ox is featured on cello in “Starlight, Moonlight, Firelight”. 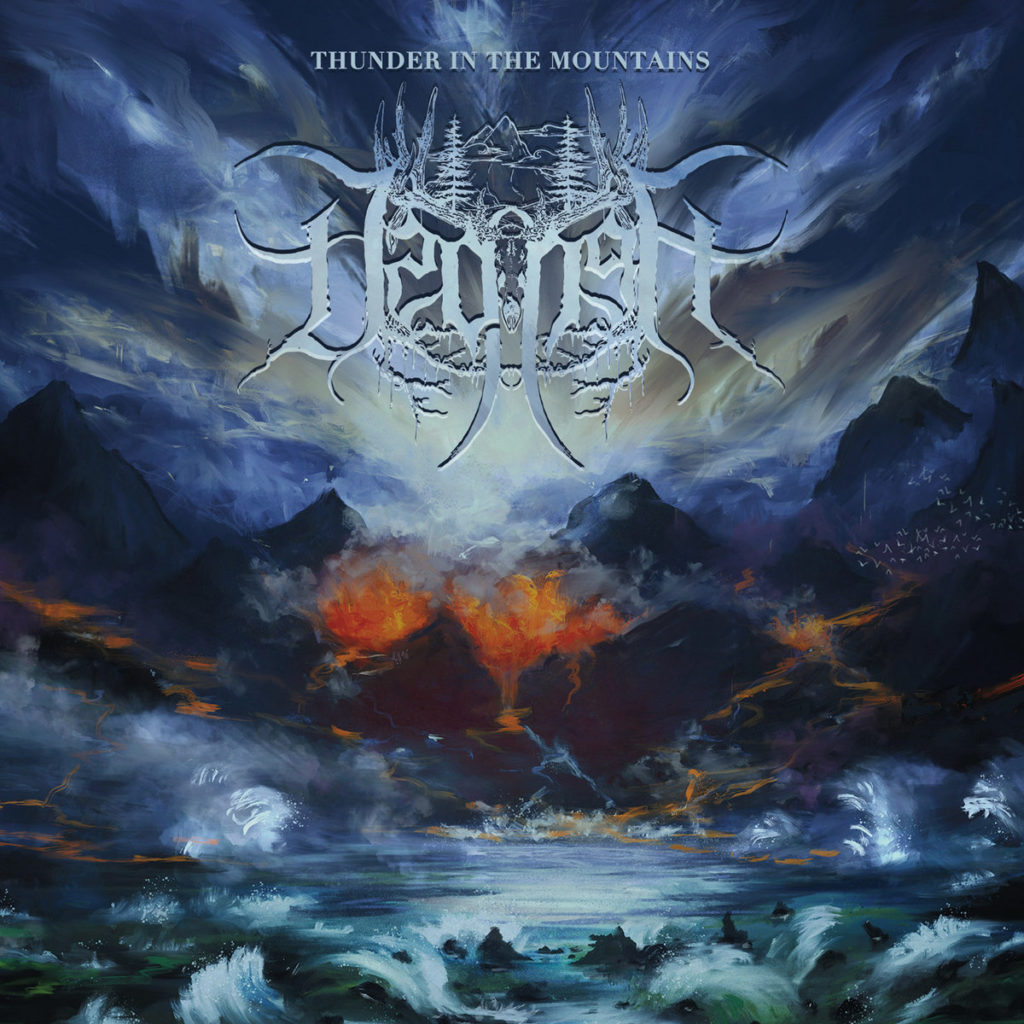